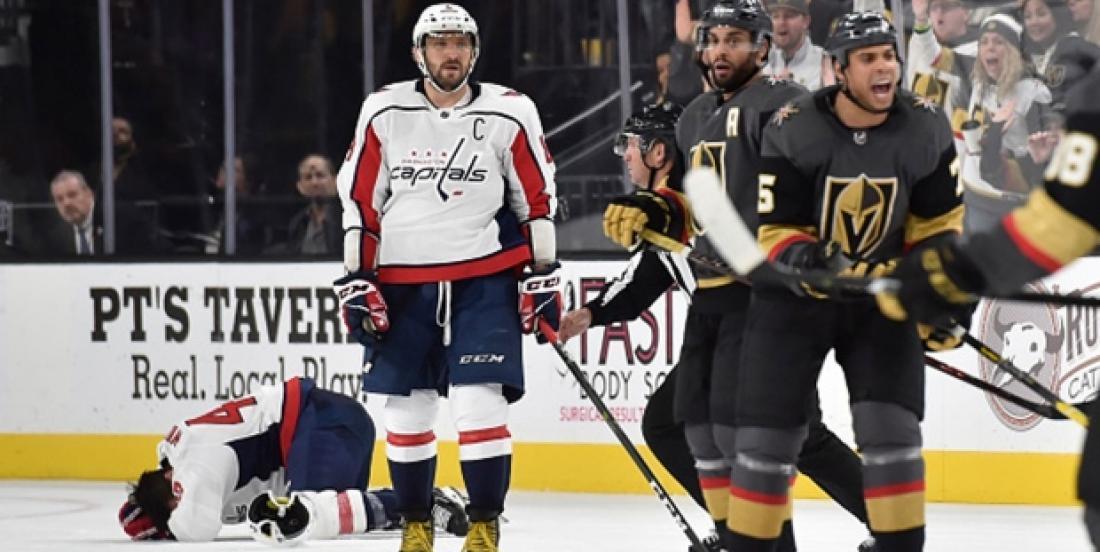 Vegas Golden Knights forward Ryan Reaves was ejected from Tuesday’s game against the Capitals after a late hit on Tom Wilson who wasn't in the lineup last night against the Arizona Coyotes. According team insider Isabelle Khurshudyan of the Washington Post, the Caps forward is now officially out of the lineup with an upper-body injury, which is reportedly a concussion.

The blindside hit took place late in the second period, and sent Wilson’s helmet flying off his head. The Capitals controversial player did not have the puck at the time of the play, and was in a vulnerable position as he was turned away from Reaves and clearly did not see the Golden Knights enforcer coming his way. Wilson appeared to be shaken up on the play and stayed down on the ice before being helped off by teammates. He did not manage to finish the game.

Sure, to many, the hit was bad, however, Reaves made it worse when he autographed photos of Wilson laying on the ice injured with the caption “He ran into a Lion in the Jungle" during a private signing for Inscriptagraphs, a retailer based in Las Vegas that sells sports and entertainment memorabilia.

Reaves confirmed he did sign the photos to team insider Jesse Granger of The Athletic, but later realized it was in bad taste and called the shipment off.

"Ryan Reaves says he did sign the pictures of his hit on Tom Wilson. He later realized it was in bad taste, so he called the memorabilia store back and told them to destroy them. None of the photos were sold," posted Granger on his Twitter account.

Reaves was issued a five-minute major penalty for interference, and was ejected from the contest. On Wednesday morning, NHL insider Bob McKenzie of TSN revealed that "Ryan Reaves’ hit on Tom Wilson last night, which resulted in a major penalty/game misconduct for interference and also knocked Wilson out of the game with injury, will not result in any supplementary discipline by the NHL."

It is easy to say that Wilson is getting a taste of his own medicine, however, no one wants to see an NHL player go down with a concussion, which can have permanent damage on the brain and life of an individual.

So there was no need for Reaves to rub it in even more - good thing he realized it too...