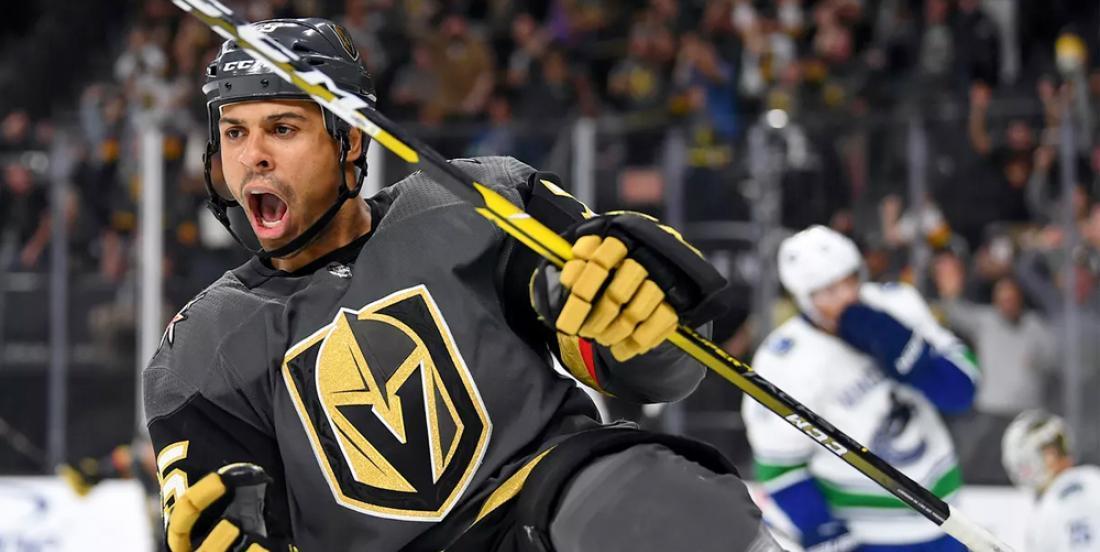 This just in, pending unrestricted free agent Ryan Reaves has signed a two year contract extension with the Vegas Golden Knights worth $1.75 million per season.

Interestingly enough, Reaves actually takes a little bit of a payout with this new deal, dropping down from his $2.775 salary from the past two seasons. The 33 year old power forward put up eight goals, 15 points and 47 penalty minutes in 71 games with Vegas this season.

Read below for the full press release announcement of today’s signing, courtesy of the Golden Knights’ official website:

ABOUT THE VEGAS GOLDEN KNIGHTSThe Vegas Golden Knights are a National Hockey League franchise owned and operated by Black Knight Sports and Entertainment LLC. The Vegas Golden Knights were established by founding partners William Foley and his family and the Maloof family. For the latest news and information on the Golden Knights visit vegasgoldenknights.com. Fans can follow the team on Facebook, Twitter, Instagram and Snapchat.