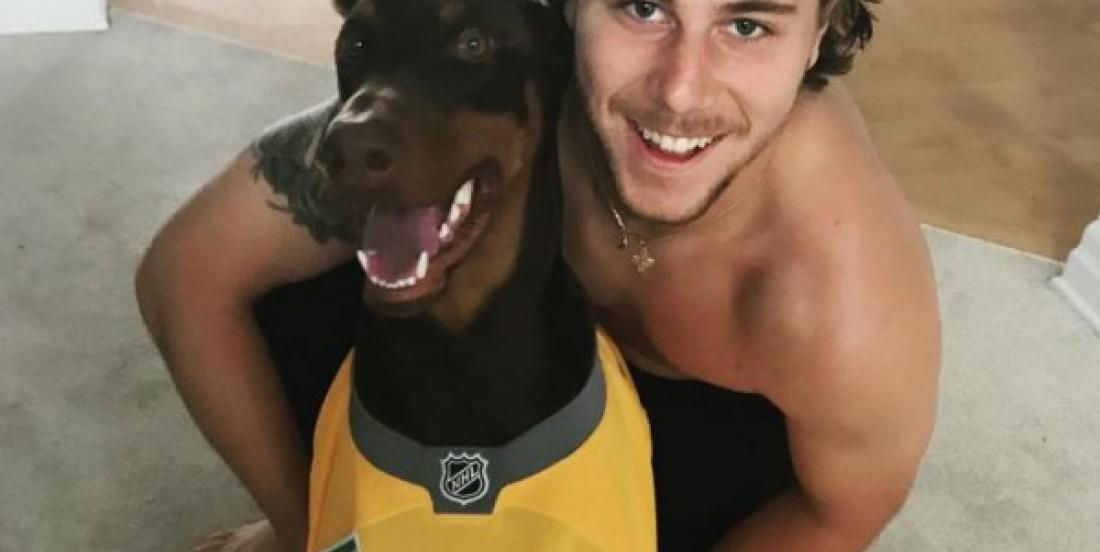 What an awful story. It happened at the start of a difficult 2019-20 season for Jets defenseman Nathan Beaulieu, who decided to open up to the Winnipeg Free Press about the tragic incident.

It happened in September 2019 as Beaulieu recalls. “A driver, speeding through a south Winnipeg suburb where Beaulieu and his fiancée, Katie Carpenter, were living, mounted the curb and clipped his beloved best friend, a five-year-old Doberman he named Joey after his favourite character on the TV show Friends.”

The reckless driver reportedly got out of the car to retrieve his licence plate that flew off on impact and then just left the scene. Beaulieu rushed outside to save his buddy, but it was too late, Joey died in his arms.

“It was by far the most difficult thing that ever happened to me in my life. More in the sense of how it happened. I don’t even know how to describe it. It’s like a pain you’ll never get rid,” said Beaulieu.

“When you have a companion like that… I like dogs more than most people. When I was in Montreal, after getting him, you’d have a tough game, you’d come home and he didn’t care how you played. He just wanted to hang out with you and be your best friend.”

While there was an investigation to find the driver, Beaulieu also tried to find the person responsible by canvassing the neighbourhood.

However, the driver hasn’t been found and continues to live with the deadly secret to this day.

It’s been a tough year for Beaulieu, who sustained injuries this season, limiting him to just 38 games. The shutdown must be hard to without this best buddy around…