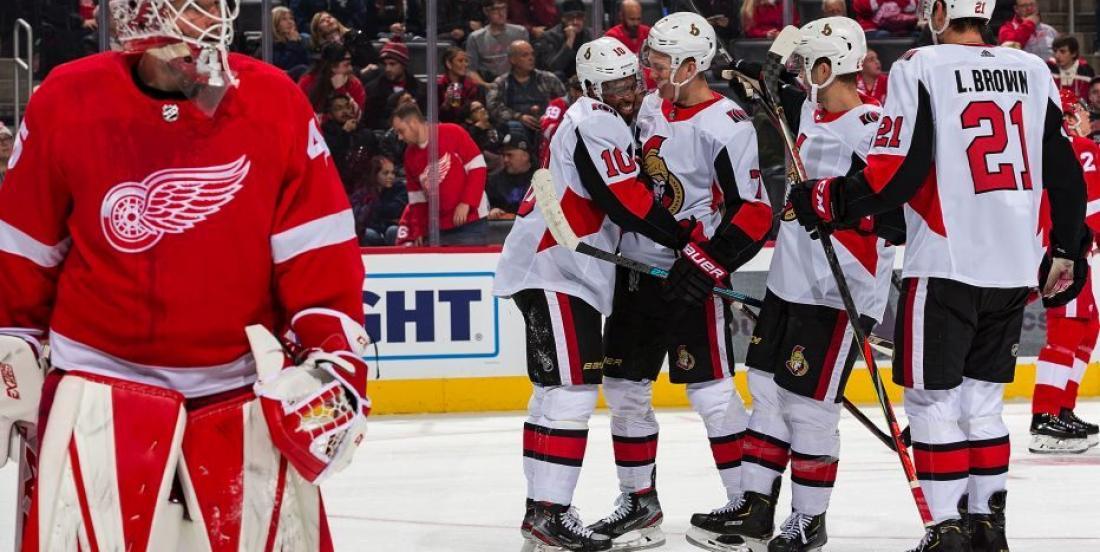 There was some action on the waiver wire on Friday. The Detroit Red Wings claimed defenseman Cody Goloubef off waivers from the Ottawa Senators on Friday.

Goloubef is a pending unrestricted free agent who carries an $800,000 cap hit for this season.

He has one goal and two points in 23 games with the Senators this season and will continue his career in Hockey Town.

He was the only player claimed from yesterday’s waivers as goaltender Louis Domingue was not picked up. He was held out of practice Thursday for what the team called precautionary reasons before being placed on waivers.

The 27-year-old netminder has a 3-8-2 record this season with the Devils, posting a .882 save percentage and a 3.79 goals-against average.

To add to the wire action, the Buffalo Sabres have placed the veteran blue liner on unconditional waivers on Friday in order to terminate his contract.

A lot happening a few days ahead of the trade deadline.