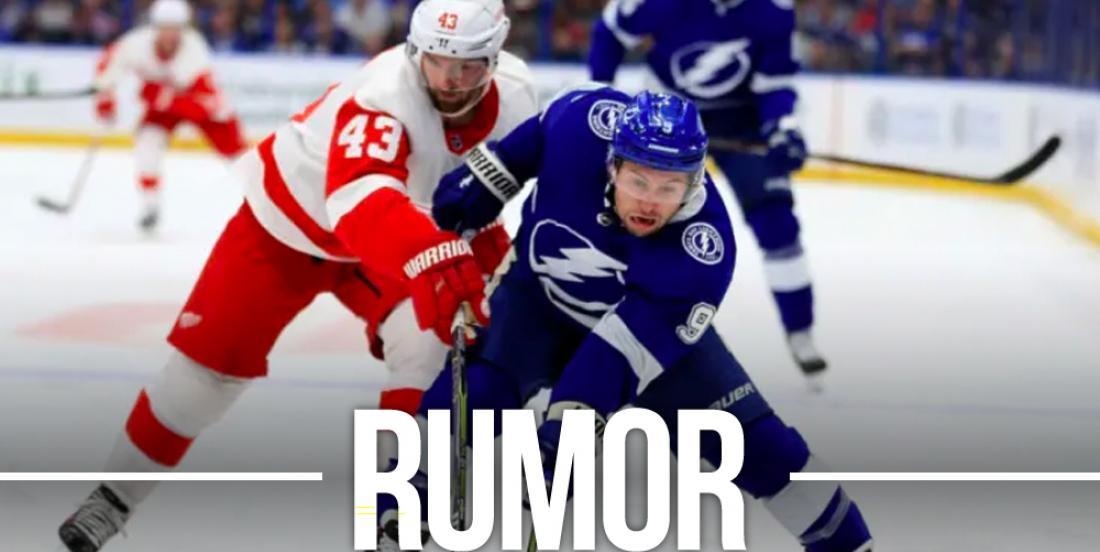 Johnson, Killorn, a 1st AND a prospect?!

The Stanley Cup champion Tampa Bay Lightning are in a serious cap crunch and their former GM may be just the man to lend them a hand.

In his latest column for The Athletic, NHL insider Eric Duhatschek draws the lines between the Lightning and the Detroit Red Wings and wonders if former Lightning GM Steve Yzerman, now GM of the Red Wings, might throw the Bolts a bit of a bone. We know that the Red Wings have PLENTY of cap space and likely won't be contending for a few more seasons. Why not weaponize that cap space by taking on some bad contracts in exchange for future assets?

The obvious first landing place for any of Tampa’s salary-cap headaches is Detroit, run by Steve Yzerman, the former Lightning GM, and the manager responsible for many of the contracts currently on Tampa’s books. For those who don’t follow it closely, Tampa has three middle of the lineup forwards with no-trade clauses (Ondrej Palat, Yanni Gourde and Tyler Johnson) and a fourth, Alex Killorn, with a modified no-trade. Of the four, the Lightning presumably value Palat the most. Truthfully, all four are probably overpaid for what they’re producing, which becomes a greater issue in a flat cap world. I see Palat as a likely survivor of the salary-cap purge to come. Johnson is 30, has four years left at $5 million and was waived earlier this year (and there were no takers). So, you’ll need both a sweetener to move his contract and permission from the players’ camp. Complicated, but not impossible.

In a perfect world, I would try to move not just one, but two of the remaining contract headaches (preferably Johnson and Killorn) to Detroit, and be prepared to surrender both a first-round pick and a quality young player to get the Red Wings to bite. Detroit would probably jump on that deal if that quality young player were Cernak, who is highly valued around the NHL. Tampa obviously wouldn’t want to pay that high a price. Sometimes, as an organization, you’re trapped and have to make hard choices. By solving all your financial problems in one fell swoop, you take your medicine, but you also create the necessary flexibility to operate with a little breathing room, as you pursue a Stanley Cup defence.

So... to reiteration: That's Tyler Johnson, Alex Killorn, a 1st round pick AND a prospect in exchange for.... nothing?

While Yzerman likely isn't interested in having Johnson and Killorn around long-term, the prospect of adding two high end young players may be too tough to ignore. Thoughts, Wings fans?