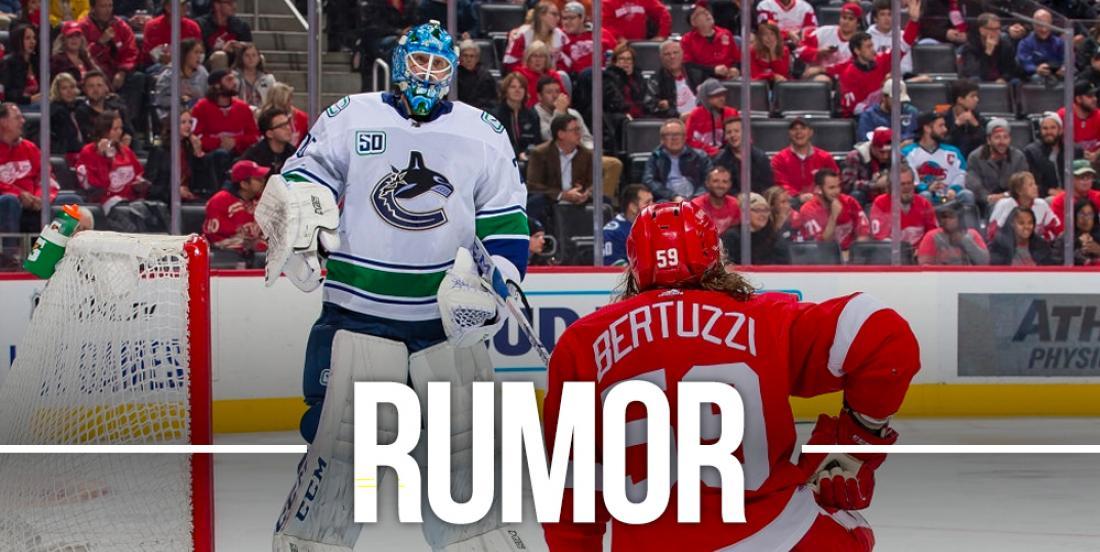 According to a report from Jason Gregor of TSN 1260 via Kevin Woodley of In Goal Magazine, the Detroit Red Wings are expected to make a "big pitch" for Vancouver Canucks goaltender and pending unrestricted free agent Jacob Markstrom.

"I'm hearing, if he goes to market, the Red Wings are looking to make a big pitch for Markstrom. I wonder if they give Markstrom his ask of $6m how it would impact others after Lehner signed for $5m in Vegas." Woodley.

The 30 year old goaltender has been negotiating with the Canucks and is hopeful to re-sign a new deal with his team, but if he goes to free agency look for the Red Wings to make a strong push for him. As Gregor points out Robin Lehner, who is also a pending free agent, is rumoured to be signing a contract with the Vegas Golden Knights that will pay him $5 million annually for five seasons. Markstrom is rumoured to be seeking a five year deal worth $6 million per season.

In any case, Markstrom had a fantastic season with the Canucks and frankly, he's been one of the most consistent goaltenders in the NHL over the past three seasons. He put up a 2.73 goals against average and .918 save percentage in 43 games with the Canucks this past season. He also put up a 2.85 goals against average and a .919 save percentage in 14 post-season games. The problem in Vancouver isn't that Markstrom isn't worth keeping, it's that they also have up and comer Thatcher Demko in their ranks, as well. If Demko is ready to take over #1 goalie duties immediately, and that appears to be the case, then why commit big money and big term to Markstrom? For what it's worth, Demko is signed for one more season at just a bit over $1 million.

The Canucks also find themselves in the middle of an awful cap crunch due to some truly terrible contracts for the likes of Loui Eriksson, Tyler Myers, Brandon Sutter and Jay Beagle. Together these four players account for over $20 million in annual salary.