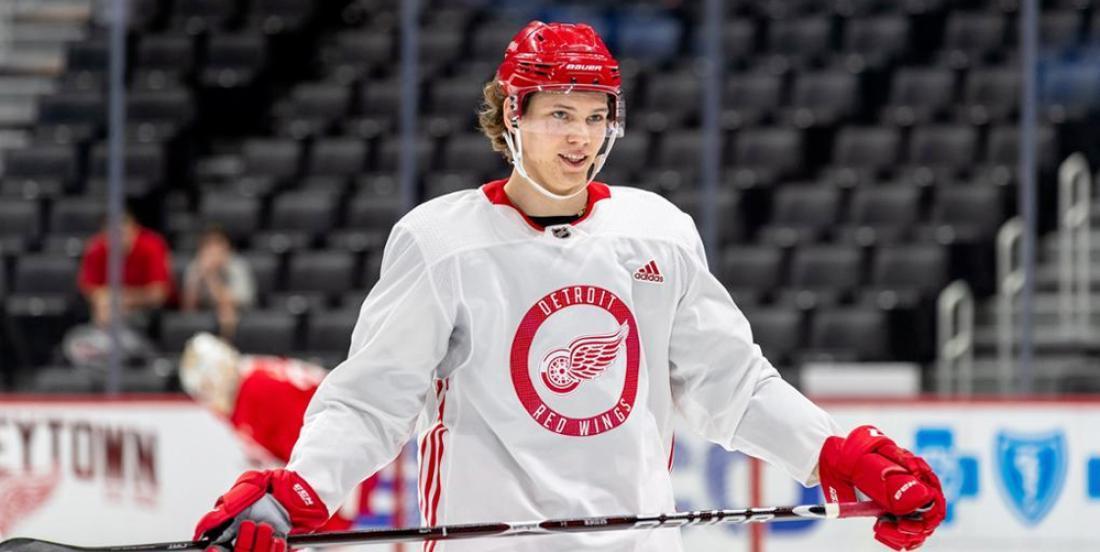 And the official announcement from Adler Mannheim in German:

The 19 year old Seider was selected in the first round (6th overall) by Red Wings general manager Steve Yzerman in last summer’s 2019 NHL Entry Draft. The German native grew up playing in Mannheim’s junior system and played a full season with the team in the DEL in 2018-29 prior to being drafted. He put up two goals and 22 points in 49 games with the AHL’s Grand Rapids Griffins this season.

His German league assignment came as a surprise to many Red Wings fans who expected to see Seider back in the AHL with the Griffins this upcoming season or even with the Red Wings in the NHL. That’s apparently still an option though as both Mannheim and the Red Wings have agreed to an indefinite loan that can be terminated at any time.

In effect then, the Red Wings just want to see the kid get some development time, but can call him back in advance of their training camp… whenever that might be.

Read below for the full (translated) press release courtesy of Mannheim’s official website:

Adler Mannheim and Detroit Red Wings have agreed on a loan agreement. According to this, Moritz Seider, drafted sixth by the NHL team from the state of Michigan in 2019, will return to the seven-time DEL champion for the time being.

The corona pandemic continues to place far-reaching restrictions. It is currently not yet possible to predict when and how the North American professional leagues will start the 2020/21 season. Against this background, those responsible from Detroit decided to lend Seider to the Adler until further notice. The 1.92 meter tall and 94 kilo right-handed shooter can take part in the training and game operations of the Adler.

Even when Seider made his DEL debut for Adler Mannheim in the 2017/18 season, you could see the potential of the young defender. The now 19-year-old was able to more than meet the high expectations in his first full professional game season. After also strong performances in the DEB jersey at the 2019 World Cup in Slovakia and the draft, Seider played for the Grand Rapid Griffins, the Red Wings farm team, in the past season. In 49 AHL games, the right-wing shooter scored 2 goals and gave 20 assists.

“The loan is a clear sign of trust from the Red Wings, which honors us very much. Moritz finds perfect conditions with us to keep fit and hopefully also to collect game practice. Of course, as a club, we also benefit from having such a strong, talented, young and German player at our disposal, ”says Adler manager Jan-Axel Alavaara about Seider's advantages.

The loan agreement is valid indefinitely, but can be terminated by Detroit at any time.