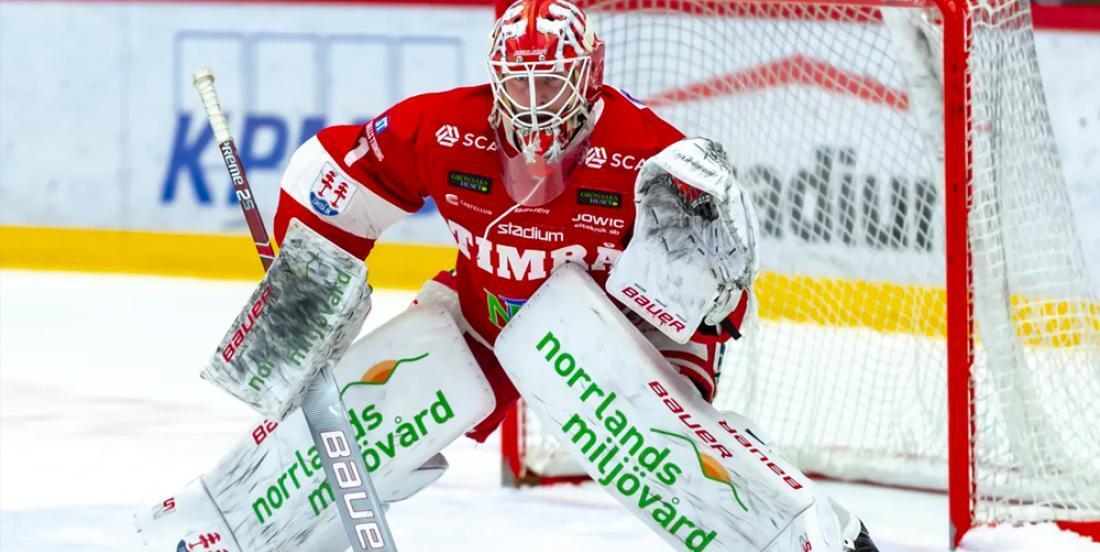 The 23 year old goaltender had an excellent first season in the SHL's top division with Timra in 2019-20, earning 33 wins in 45 starts. He posted an impressive 2.13 goals against average (GAA) and .914 save percentage. With pending free agent Jimmy Howard likely leaving the team this offseason (whenever that is) there's an opportunity for Brattstrom to step into the team's training camp and earn an NHL spot right away.

Read below for the full press release announcement of Brattstrom's signing:

Brattstrom, 23, appeared in 45-of-52 games for Timra IK this year in the Swedish Allsvenskan and ranked as one of the top goaltenders in the league. Among starting goaltenders, he ranked second in the league with a 2.13 goals-against average and sixth with a 0.914 save percentage, while helping the club to a third-place finish with a 33-12 record. Brattstrom has played with Timra for the last four seasons (2016-20), seeing time in the Swedish junior league, second-tier Allsvenskan and the top-tier SHL during the 2018-19 season. In 60 appearances in the Allsvenskan, Brattstrom has a 43-17 record, 2.10 goals-against average, 0.915 save percentage and six shutouts, alongside a 2.81 goals-against average and 0.897 save percentage in 23 career SHL games.

Originally drafted by the Red Wings in the sixth round (160th overall) of the 2018 NHL Entry Draft, the Gothenburg, Sweden, native spent four seasons with Frolunda HC's junior clubs prior to joining Timra, posting the top save percentage in the under-18 league in the 2013-14 campaign (0.930). He also led the Swedish junior league in save percentage (0.935) with Timra's under-20 team in 2016-17.