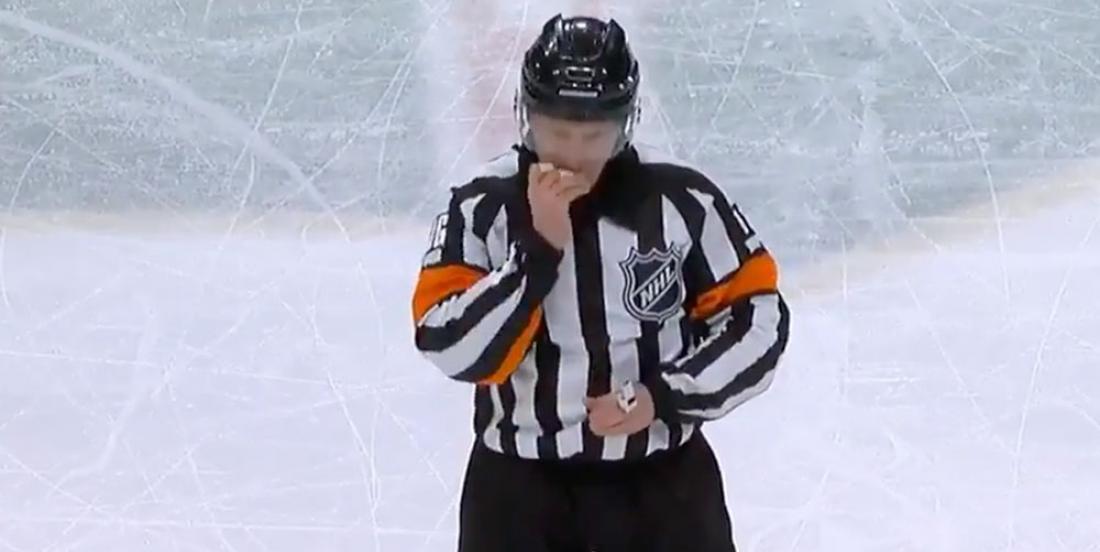 NHL players are tough. It’s well documented and you’d be hard pressed to find a sports fan who disagrees. But, you know who doesn’t get enough credit for the their toughness? NHL referees.

Unlike other most other sports, hockey officials, put themselves at serious risk of injury simply by being on the playing surface. No question about it, NFL referees put themselves at risk and NBA refs can sometimes take a bump or two, but NHL refs are literally in the line of fire sometimes. How many times have we seen a ref go down after being on the receiving end of a zone clearing or a dump in? Long story short, these guys are tough.

And if you want any proof, just check out long-time NHL ref Kelly Sutherland popping in his chiclets before making a penalty call on Sunday’s game between the Vancouver Canucks and Minnesota Wild/