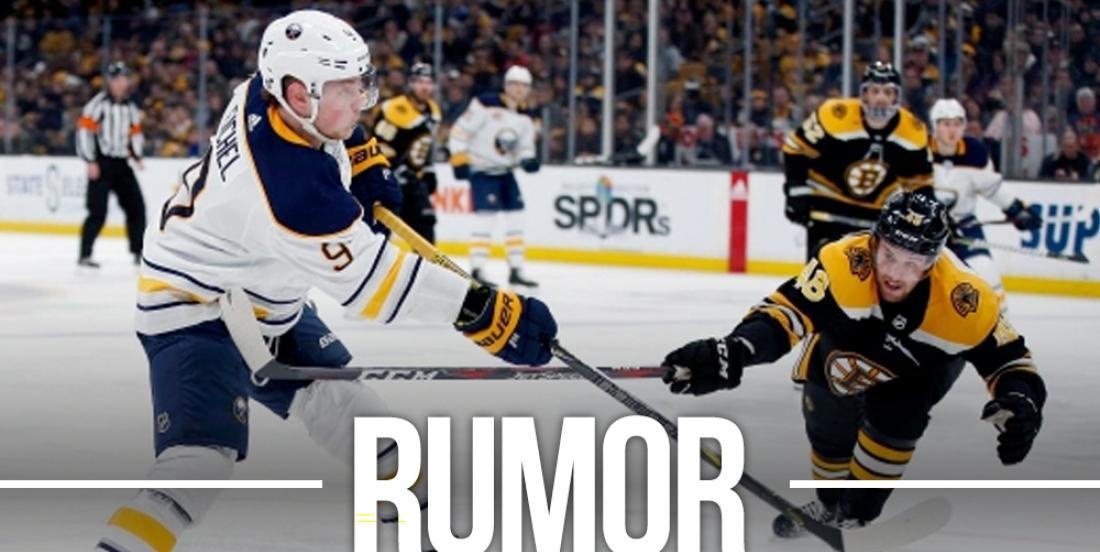 In case you missed the news earlier today, TSN hockey insider Bob McKenzie dropped an absolute bomb on the hockey world when he reported that Buffalo Sabres captain Jack Eichel had requested a trade... kinda.

McKenzie, long regarded as the most trustworthy rumor monger in the game, reported that he'd heard "unverified chatter" that Eichel had requested a trade. Upon investigating McKenzie discovered that while teams had in fact inquired about Eichel's status but that Eichel himself never formally requested a trade. “I hear that (trade talk) a lot,” Eichel’s agent Peter Fish said to McKenzie. “Jack wants to win, he’s frustrated (not winning) but, no, he doesn’t want out. Jack is preparing to head to Buffalo at some point here and prepare for the season, whenever that may be. That’s all he controls.”

So... while it's certainly out there that Eichel has been involved in trade talks, it's not by Eichel's on doing. McKenzie sums up the situation best here:

Now... having said all that, McKenzie did indeed confirm that at least one team, the New York Rangers, have had talks with the Sabres about a potential Eichel trade. Now, Boston Bruins insider Ty Anderson reports that the Bruins themselves have also been "in communication" with the Sabres regarding Eichel, as well.

Make sense... in fantasy land, at least. Sure, Eichel is a hometown boy and all but I don't see how they can just shoehorn his $10 million annual salary onto their roster. Never mind the fact that the Bruins would have to pay an insane amount in assets to acquire Eichel in the first place. I gotta say... this all seems pretty lofty to me. Would the Toronto Maple Leafs love to have hometown boy Connor McDavid? Sure... but at a certain point reality steps in and you realize that it's damn near impossible to make happen. Just because Eichel wants out, hypothetically, and just because he's from Boston it doesn't make any more sense for him to end up with the Bruins.

In any case, don't be surprised if Eichel trade rumours gain steam as we get closer to the 2020 NHL Entry Draft and free agency next week.