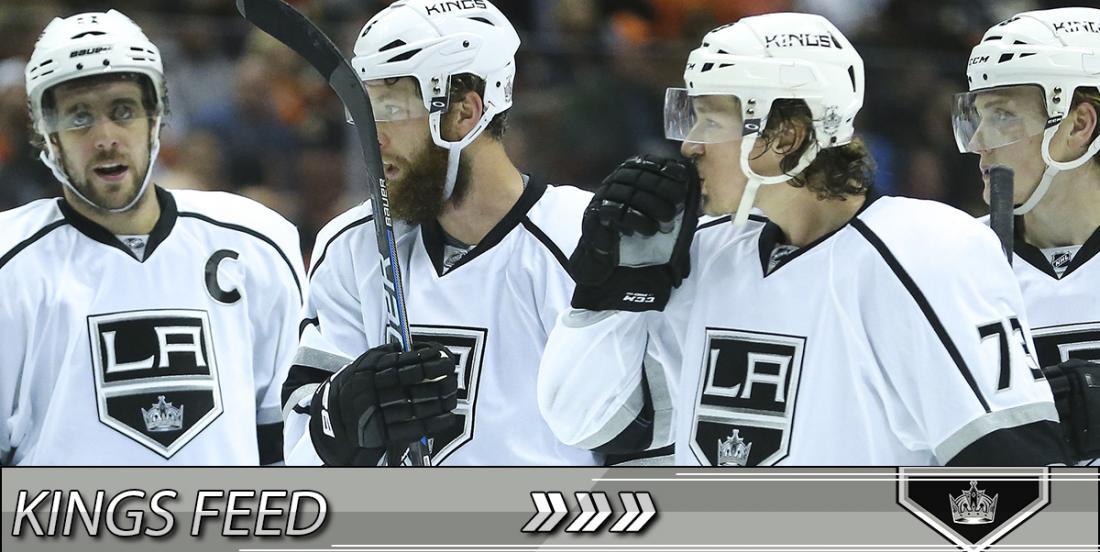 The Los Angeles Kings were pretty active on the roster moves today, as the team announced they have recalled forward Michael Amadio and defenseman Paul Ladue from the Ontario Reign (AHL). They have also sent defensemen Kurtis MacDermid and Oscar Fantenberg to their AHL farm team.

The Kings also placed veteran forward Jussi Jokinen on waivers. The 34-year old forward, acquired from the Edmonton Oilers on November 14th for Mike Cammalleri, has one goal and four assists in 18 games played with the Kings. He had one point in 14 games with Edmonton before he was traded. Drafted 192nd by the Dallas Stars in 2001, the Finnish forward played 923 games in the NHL with the Stars, the Tampa Bay Lightning, the Carolina Hurricanes, the Pittsburgh Penguins, the Florida Panthers, the Oilers and the Kings, scoring 187 goals and 365 assists for a total of 552 points. He added 32 points in 54 playoff games.

The Kings are currently second in the Pacific division with a record of 24-15-5. They will play their next game on Thursday against the Pittsburgh Penguins.