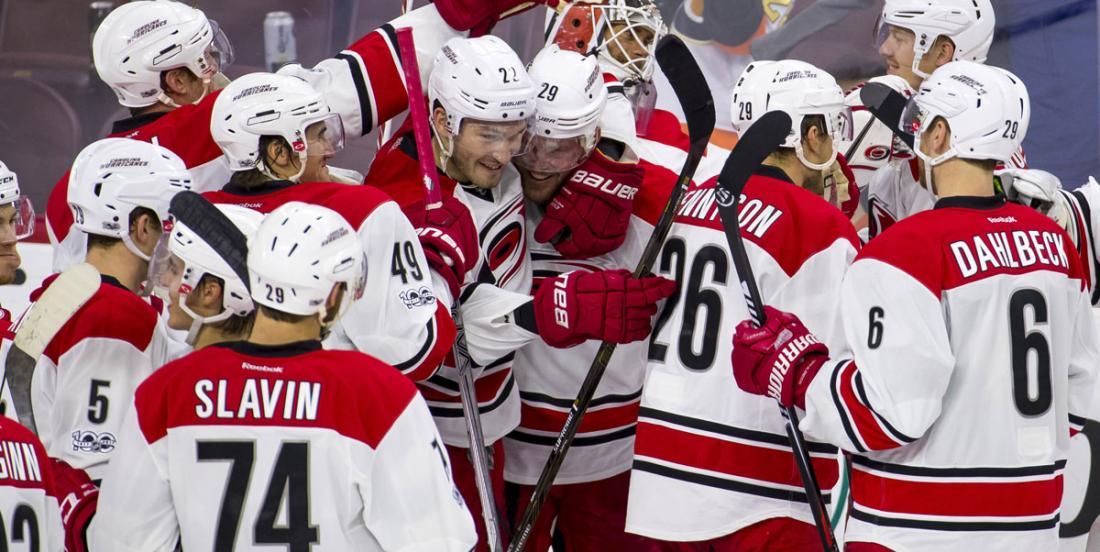 Carolina Hurricanes owner Peter Karmanos is willing to make a deal to sale his hockey team, but there seems to be a huge bump in the road. The owner has revealed that he doubts interested buyer Chuck Greenberg has the money to complete the sale.

A former co-owner of the Texas Rangers, Greenberg approached Karmanos about purchasing the team after Karmanos made it known he'd be willing to sell the team if the price is right and on the condition it remains in Raleigh. The hefty price tag is said to be around $500 million, and while Greenberg expressed he was greatly interested, negotiations have hit a snag.

"The sale of the team is just sitting there, waiting for Chuck to say, 'Geez, I can't raise the money,'" Karmanos told Chip Alexander of The News & Observer. "We have a commitment to Chuck, and we're going to see it through.

It looks like Karmanos may be ready to move on and sale the franchise to another buyer if Greenberg can't close the deal.

"I have umpteen million people who have figured out Raleigh is a pretty good area, and it's a pretty good team and pretty good market," Karmanos said. "So if Chuck can't deliver and I still want to sell the team, the price keeps going up."

Fans in Quebec City and in Seattle might be hoping that Greenberg can't come up with the money, leaving Karmanos to have to sell the club to a buyer looking to move the team out of Carolina. However for now, Canes owner remains patient...

But for how long?