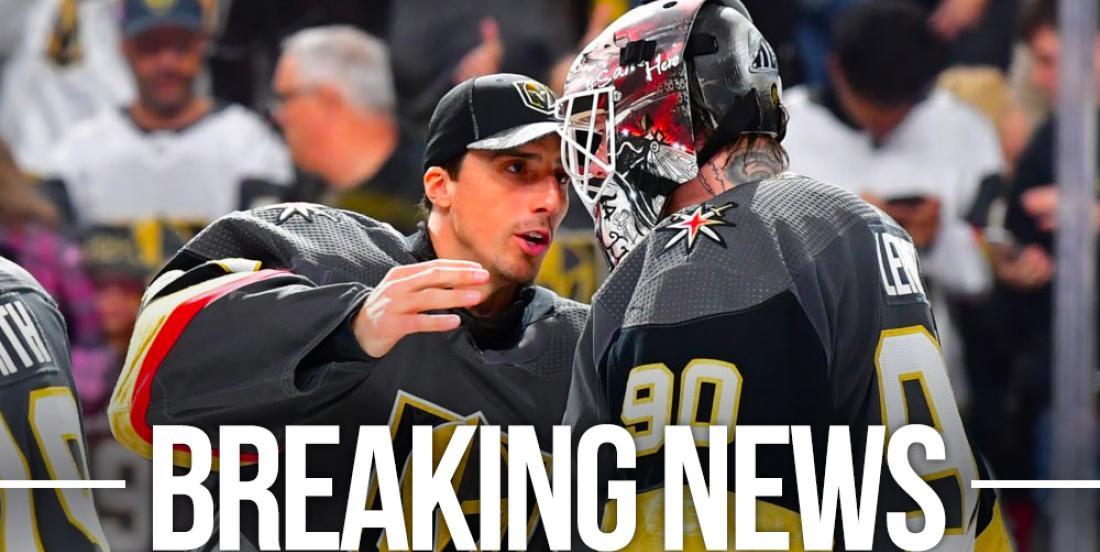 Fleury is off the trading block!

“We see the goaltending position being incredibly important this year,” McCrimmon said. “Our goalies will be Robin and Marc-Andre. We all expect a schedule that’s going to be extremely compressed. And it’s easy for us to talk about it. Everybody expects that. But when you begin to live it, I think that the importance of two goaltenders is really going to be valuable.”

This obviously flies in the face of everything we've heard out of Vegas this offseason. The moment that the Golden Knights re-signed Robin Lehner to a five year, $25 million contract it was expected that Fleury would be on the next train out of town. Despite reports that McCrimmon and the Golden Knights offered up Fleury and his $7 million annual salary essentially for free, Fleury is not apparently back in the team's plans.

For what it's worth, Fleury has gone on record saying that he thinks he and Lehner can work together to create a fantastic tandem. Any perceived rift between the two is purely made up, according to Fleury.

Well... one thing's for sure... Vegas is going to have two very capable netminders. I still don't think it's a smart move to tie up $12 million annually in the position, but it appears as thought Vegas has no other option.