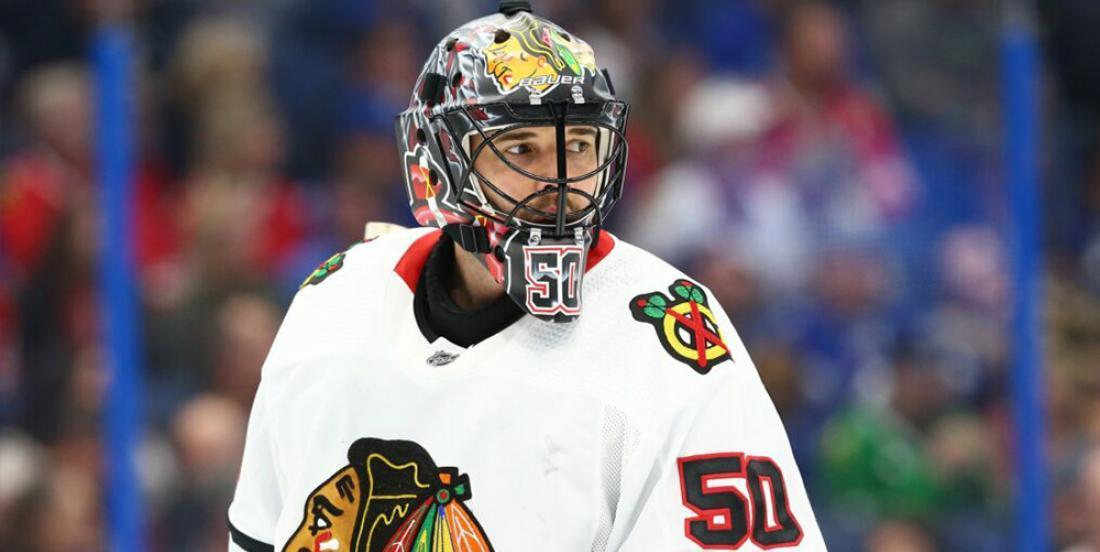 According to multiple online reports, it appears that Corey Crawford's career with the Chicago Blackhawks is coming to an end.

Blackhawks insider Mark Lazerus of The Athletic reports that GM Stan Bowman is not expecting Crawford to sign a deal with the team before free agency officially opens next week. When asked if he's worried that Crawford will leave the team as a free agent Bowman replied, "We’re realistic that that’s a possibility but that’s not what we’re focused on."

According to NHL insider Pierre LeBrun, the Blackhawks informed Crawford that they'll only bring him back on a "bargain deal", but that didn't appeal to Crawford.

If this is indeed the end of Crawford's time in Chicago, it's indeed the end of an era. Crawford will go down in history as one of the greatest goaltenders in franchise history. He ranks third all-time in games played and wins by a Blackhawks goaltender behind Hall of Famers Glenn Hall and Tony Esposito. He's been in the Blackhawks organization since being drafted by the team in the 2nd round (52nd overall) in the 2003 NHL Entry Draft. He's been more or less the team's uncontested starting goaltender since 2010-11 and it's only due to injuries that he's been limited in recent years.