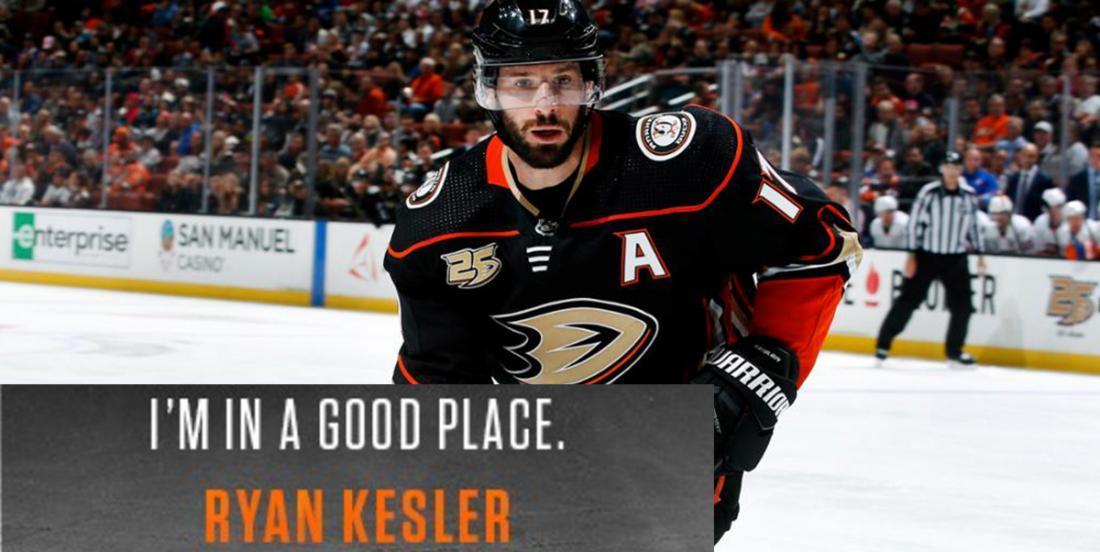 The Anaheim Ducks announced earlier today that veteran forward Ryan Kesler has undergone successful hip surgery and will miss the ENTIRETY of the 2019-20 season. His playing status moving forward is essentially unknown.

"As we all know, Ryan has been fiercely battling his condition for quite some time," said Ducks general manager Bob Murray in a prepared statement. "I've been extremely impressed by his determination to play despite being significantly injured. At this point, Ryan needs to think about his life and family. The pain he felt was significant and we agree with his decision to have this surgery. While it's unlikely he will play in 2019-20, we will support any decision he makes about his future playing career. He deserves the utmost respect, which he will receive from the entire Ducks organization as he contemplates his future."

Kesler himself also released a statement:

"At this point in my career, this surgery was the best option for my quality of life," said Kesler. "The pain I was suffering has been greatly reduced since the procedure, and I'm grateful for that. While my playing future is unknown, I'm in a good place. I want to thank all the doctors and trainers as part of 'Team Kesler,' my teammates, my agent Kurt Overhardt, the Ducks organization, the fans, and most importantly, my family, for their support. I'm extremely appreciative of everyone that has helped me through the process. I look forward to spending more time with my family and doing everyday activities without pain."

Ouch… love him or hate him, you HAVE to respect Kesler for the determination he has shown over the course of his career. It certainly sounds like his NHL playing days are over, despite the fact that he’s owed $6.76 million per season for the next three years. Double ouch.