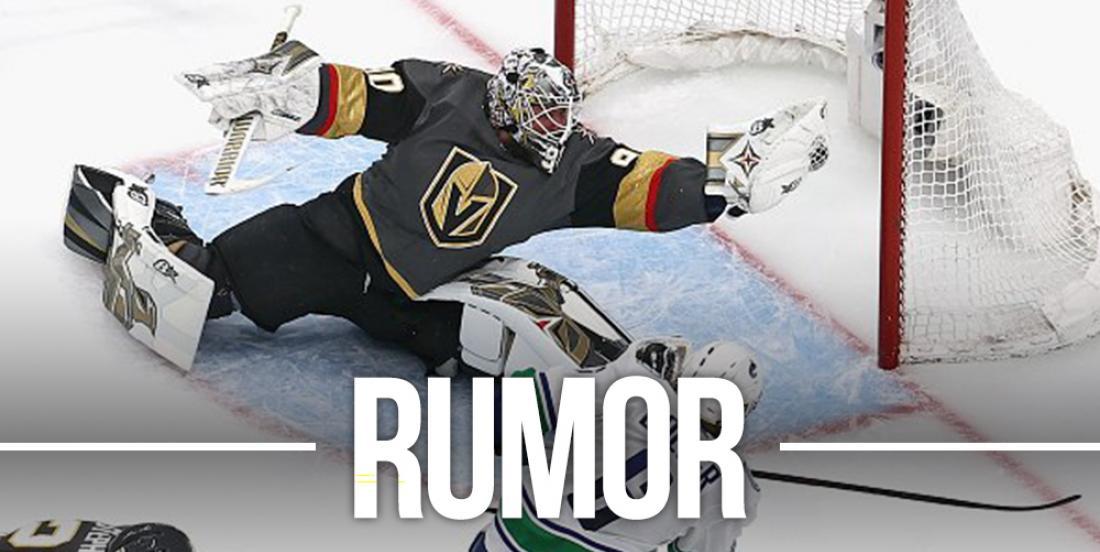 The biggest goalie UFA will reportedly be off the market before free agency even begins!

Robin Lehner appears to have finally found a home.

The former Vezina Trophy nominee has bounced around from the Buffalo Sabres to the New York Islanders to the Chicago Blackhawks and finally the the Vegas Golden Knights after the past year and a half. Now according to a report from Golden Knights insider Jesse Granger, Lehner and the Golden Knights have engaged in contract talks and it appears that the pending UFA will sign a long-term extension in the Nevada desert.

Both Granger and former Sportsnet NHL insider Nick Kypreos have reported that the extension will be five years at $5 million per season.

Read below for some quotes from Granger's latest column for The Athletic:

My belief at this point is the Golden Knights plan to sign Lehner to a long-term extension, and sources around the league have indicated those talks might have already begun.

Nothing is finalized, and there are plenty of moving pieces involved – including the two remaining years on Marc-Andre Fleury’s contract at $7 million per year – but based on everything I’ve heard, it appears the organization wants Lehner to remain a Golden Knight past this season.

And while the details of negotiations between Lehner and the Golden Knights aren’t known, I would expect that deal to be in the ballpark of five years at $5 million per season. It wouldn’t surprise me if the average annual value is more than $5 million, which would make Lehner the 13th-highest-paid goalie in the league and I believe he’s better than that. That’s my read on the situation.

Again, Kypreos has also reported that a five year deal worth $25 million is on the table for Lehner as well.

Check out the video below of Kypreo's "Real Kyper At Noon" show below wherein he says that the 5x5 deal is "sitting in a drawer" and waiting to be signed once free agency officially begins.

Marc Andre Fleury is still signed for two more seasons at $7 million per season. Are the Golden Knights really going to commit $12 million to their goaltending?