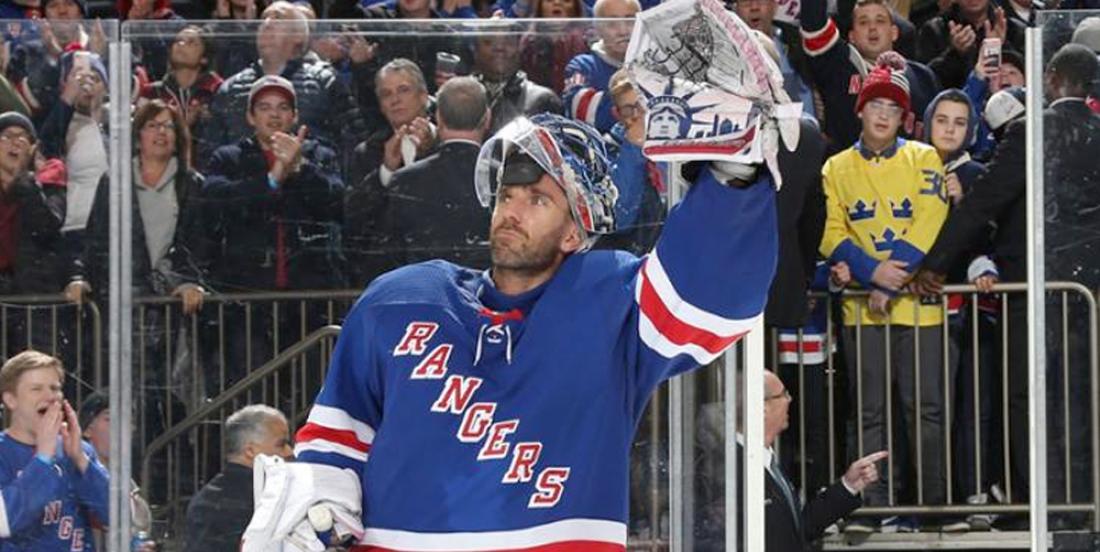 King Henrik gets the fresh start he wanted.

In case you missed the news yesterday, the New York Rangers officially bought out the contract of superstar goaltender Henrik Lundqvist, effectively cutting ties with him after 15 years.

Lundqvist is now an unrestricted free agent for the first time in his career. It's truly the end of an era for both the Rangers and for Lundqvist himself. Sure, this is something that we all knew might be coming but I honestly never thought it would happen. In fact, everything Lundqvist himself has said seemed to indicate that there's no way he'd leave the Rangers amicably. The guy bleeds Rangers red, white and blue and has stuck it out through a painful rebuild. There's no way he'd just sit back and let the Rangers buy him out, right?

According to a report from Rangers insider Vince Mercogliano of USA Today, Lundqvist and the Rangers agreed on the buyout calling it a "mutual agreement."

Now, this of course doesn't mean that Lundqvist was begging to get out of New York, but at the very least it proves that he had accepted his fate. When the team comes to you and tells you that you're done, that's it. You're done. There's no sense in trying to raise a stink or plead your way back into the lineup. As surprised as I was about Lundqvist's buyout in the first place, I'm not surprised at all with how Lundqvist himself has handled the news. He's a class act and you just KNEW that he'd handle his buyout in the classiest way possible.