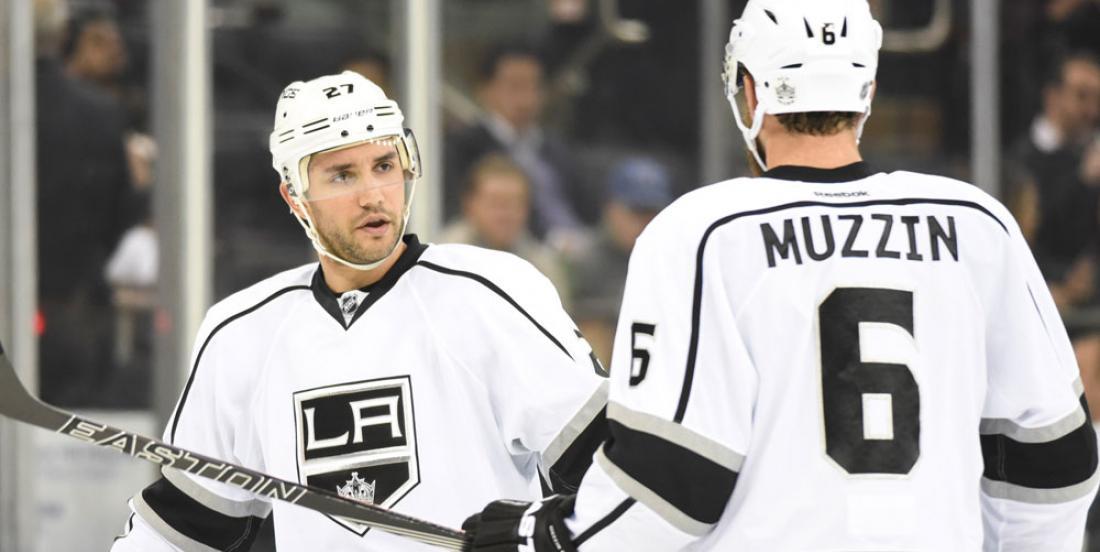 This will change the face of the trade market...

The Los Angeles Kings had a specific plan in mind when the 2017-18 season started. The past campaign was a rough one, not only did LA miss out once again on the playoffs, but the team realized they weren't producing enough to compete on a serious level.

GM Rob Blake was said to be looking at the market early on to boost the offense, and his plan became more urgent when top forward Jeff Carter suffered a serious lower-body injury and has been sidelined for weeks to come.

However, the Kings are now having one of the best season starts in franchise history. The team has scored 54 goals so far this season and NHL insider Pierre LeBun believes that Los Angeles is now changing their plan when it comes to trade talks.

Defensemen Jake Muzzin and Alec Martinez had been mentioned several times in trade chatter when the Kings were shopping for help upfront, but now LeBrun reveals that Blake is not willing to part with the blue liners since the team is doing so well.

So many things can take place in five weeks, and the Kings have proven that help can come from within the roster, preventing key pieces like Muzzin and Martinez to be moved.

The Toronto Maple Leafs, New York Rangers and Washington Capitals are rumoured to be looking at defensemen on the market, but now, they might have to change their target and move on from the Kings' options and look elsewhere to bolster their back end.