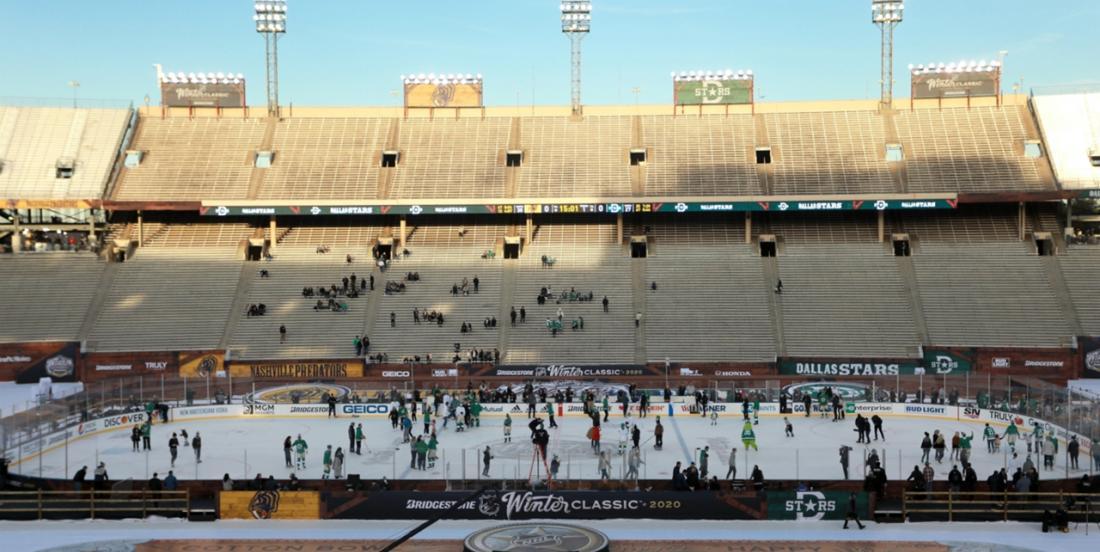 In order to allow fans to assist, this might be the only way. Make every game a Winter Classic!

The National Hockey League and its Players’ Association are doing everything they can to make sure they can hold the 2020-21 season sooner than later, especially following reports that most general managers expect the action for the next campaign to get started in February or even later. This is a major change from what was first expected when commissioner Gary Bettman announced his Return to Play plan, hoping that the 2020-21 regular season calendar would be underway at the beginning of December, however, it has become obvious that most teams need to safely welcome fans during their local games, in order to earn significant additional income.

But with the unknown of the COVID-19 pandemic and the threat of a second wave of cases across the world, the NHL cannot guarantee fans will be allowed back soon, and therefore confirm that the 2020-21 season will be able to get underway.

Unless, they do the same as the National Football League. That’s what Sportsnet’s Elliotte Friedman explained on Tuesday on the Writers' Bloc, saying that the NFL allowed fans at games in Jacksonville and KC and possibly the Premier League allowing a certain amount of fans in the stadium is different cause they are all outdoor stadiums. He wonders if the NHL will look at the possibility of holding outdoor games for 2020-21 and therefore have fans in the assistance and more money in teams’ pockets.

We can’t say what it would mean location wise and how the ice quality would be affected in different cities or states. Players must be getting nervous at this idea, or the thought that bubble cities are once again needed to get the next campaign underway.

It is no secret that the NHL is looking at many different scenarios in order to keep the season going without too much disturbance. Though we know it wasn’t easy for players and staff - and the NHL we bet - to get the summer playoff tournament underway in an Eastern bubble city (Toronto) and a Western one (Edmonton).

This is another plan that could be on the NHL and NHLPA’s table to look at to save the 2020-21 season.