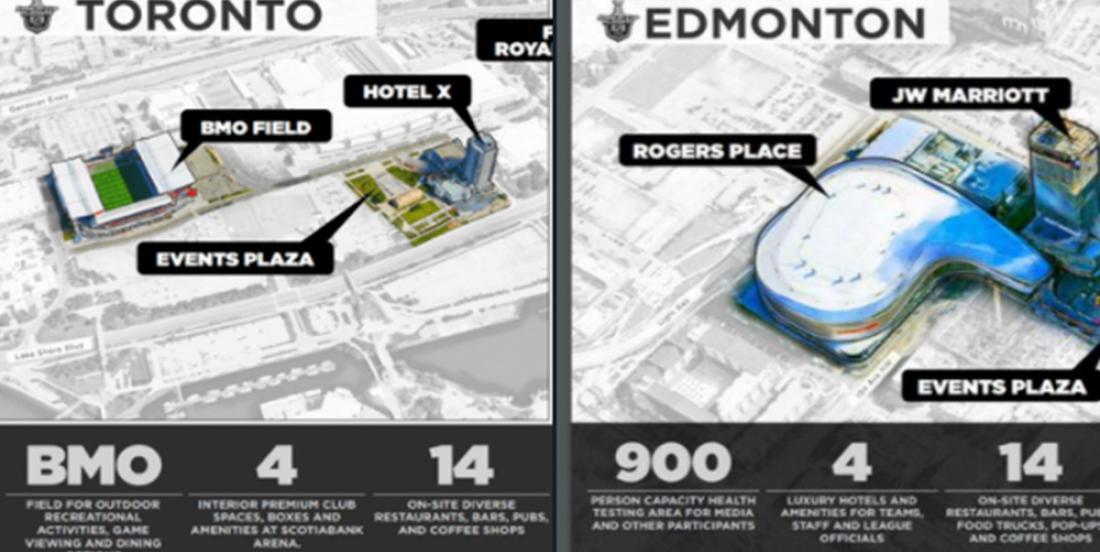 In case you missed it, the NHL has officially closed the "Toronto bubble" and all four remaining teams will play the balance of the Conference Finals and the Stanley Cup Final in the "Edmonton bubble". Nothing changes for the Vegas Golden Knights and Dallas Stars as they've been in Edmonton for the duration of the Round Robin Series and the Stanley Cup Playoffs, but the Tampa Bay Lightning and New York Islanders have travelled to Edmonton from Toronto this week. And here's the thing... apparently the Bolts and the Isles aren't exactly enamoured with the amenities in Edmonton.

According to a report from ESPN hockey insider Greg Wyshynski, some of the players arriving in Edmonton are in "shock" at the lack of amenities compared to those in Toronto.

Needless to say, this isn't going over well with Edmonton Oilers fans online.

Passionate Edmontontians are coming at Wyshynski, calling him out as a troll and demanding that he stop spreading false rumours.

Look... I don't live in Edmonton or Toronto, but I've been to both cities numerous times in all seasons. I love them both. But, Edmontonians need not get so riled up about this. The fact of the matter is that Toronto has more to offer than Edmonton. That shouldn't be a controversial statement and shouldn't upset anyone. But, that's easy for me to say as I don't have a dog in this fight.