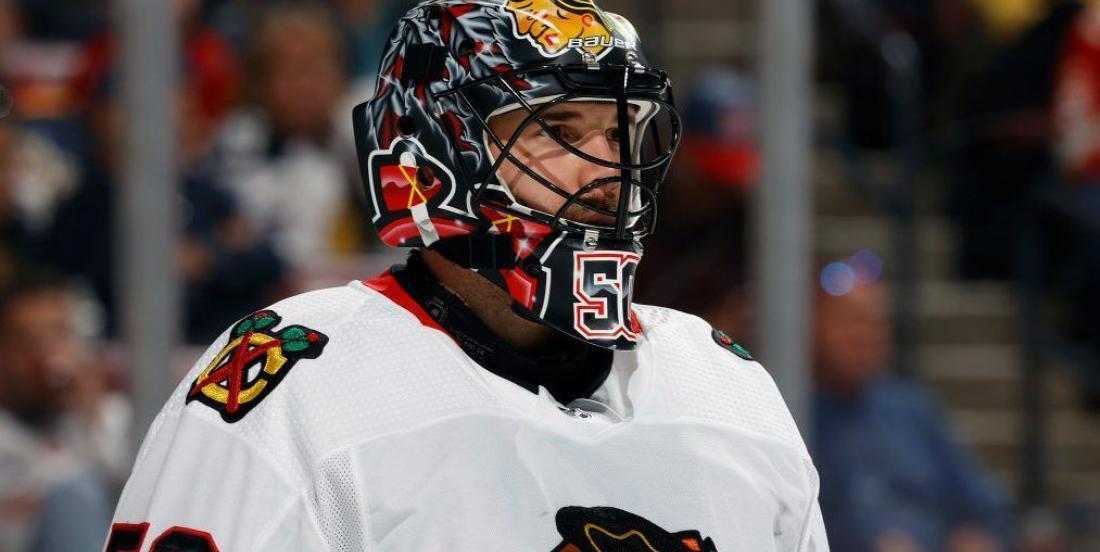 As soon as the Chicago Blackhawks were eliminated from the postseason, fans and pundits wanted to know if goalie Corey Crawford would be back with the team. I mean, it’s crunch time, especially with the dollars. The salary cap is expected to stay in the $81.5 million range for the next few seasons and general manager Stan Bowman will have to get creative seeing that they have roughly $6.4 million in cap space for next season after factoring in the $877,744 overage, with pending restricted free agents Drake Caggiula, Dominik Kubalik and Dylan Strome and UFA Crawford due new contracts.

But it looks like the Hawks want to settle things first with Crawford. Team insider Scott Powers of The Athletic has reported on Monday “that contract negotiations were still ongoing. It’s believed the Blackhawks offered Crawford a one-year deal worth about $3.5 million. The ball is now in Crawford’s court.”

A few weeks ago, Crawford was asked if he’d take a discount or not remain in Chicago. This was his answer: “That’s hard to say right now. I don’t know where our cap is … but definitely, I’m leaning towards staying in Chicago. And I want to play I ton. I’m way more valuable playing consistently.”

However, he did seem more interested in signing a short term contract, which exactly what’s on the table at the moment.

It could be better if indeed both parties agree on a shorter deal. Crawford’s health hasn’t always been the best. At the start of camp this summer, Crawford was deemed unfit to play, but he eventually return after he revealed that he had been diagnosed with COVID-19, forcing him to be sidelined for almost the entire duration of training camp. He missed parts of the previous two seasons because of concussions which might force the Hawks to make a significant change in between the pipes to set a real direction for the future.

But Crawford had been playing well when the league was shut down, recording a .930 save percentage in his last 17 games. And let’s not forget, he was in net when Chicago won the Stanley Cup in 2013 and 2015.

Let’s see what he does with his offer.