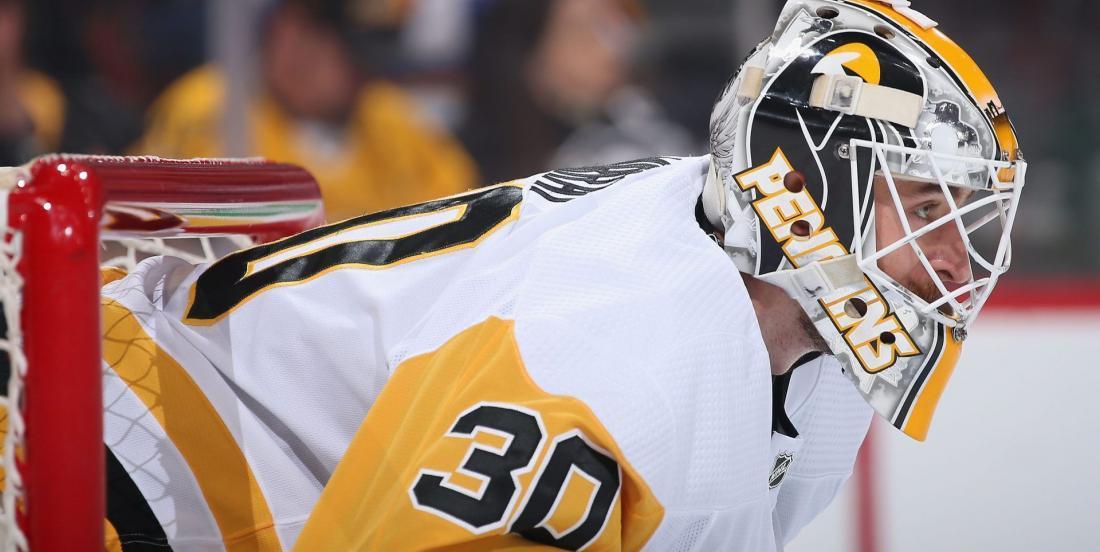 We all knew it was coming, but it might happen sooner than fans thought. Pittsburgh Penguins general manager Jim Rutherford pretty much confirmed it: one of his goalies, Matt Murray or Tristan Jarry, will be moved in this offseason. The GM simply knows that keeping both of his top two netminders beyond this offseason is a luxury his team likely can’t afford and a move is in the cards.

Both goalies are 25 years old and are set to be restricted free agents at the conclusion of the 2019-20 season - whenever that is. With more than $68 million already committed to the Penguins’ 2020-21 roster, it will be quite a financial puzzle if Rutherford wants to keep both his netminders and fit them under an uncertain cap. Rutherford will have to make a decision on who goes and most insiders believe Murray will be the one packing his bags.

So much so that there is a report now from TSN’s Darren Dreger that Rutherford has an offer on the table that he would consider for Murray. The only issue is that no information on the team linked to this potential transaction has been established.

Dreger strongly believes that Toronto Maple Leafs GM Kyle Dubas has had a lingering interest in Murray going back to their days with the OHL’s Soo Greyhounds. However, the insider doesn’t believe that the offer on the Penguins’ table at the moment is from the Leafs…

So which other team is in the mix?

According to a second hand report from TSN hockey insider Frank Seravalli, the Pittsburgh Penguins have received plenty of interest regarding Murray and at least six clubs are looking at acquiring him. The Maple Leafs, Oilers, Flames, Senators, Sabres and Avalanche are among the potential suitors for Murray’s services and the reporter was adamant the list could get longer.

A recent rumour, connecting the Senators to Murray mentioned that the Canadian team could offer up the first-round pick Dorion received from the New York Islanders in the Jean-Gabriel Pageau deal, stating that Murray is a proven winner with two Stanley Cup rings and could help speed up the rebuilding process in Ottawa.

This would allow Pittsburgh to finally pick in the first for the first time since 2014. Pittsburgh hasn’t had a first round pick since 2014 in which they selected Kasperi Kapanen, who has yet to play in a Penguins’ uniform. He was sent to the Toronto Maple Leafs in the trade for Phil Kessel, but was recently moved back to Pittsburgh in one of the first trades of the 2020 offseason.

So, is that the offer on the table? Let’s keep on eye on this!