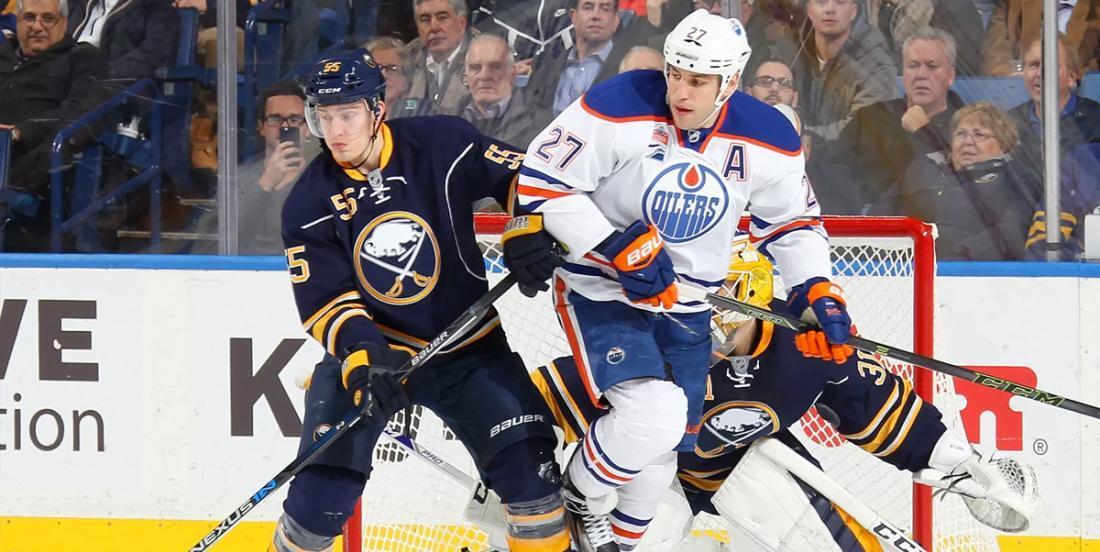 Sabres insider Mike Harrington with the inside scoop!

Buffalo Sabres general manager Jason Botterill has been a busy man this offseason. Not only has Botterill replaced head coach Phil Housley with Ralph Krueger, but he’s also made three significant trades and has signed three free agents.

Without losing anyone of his team’s roster, Botterill has acquired Marcus Johansson, Colin Miller, Jimmy Vesey and Henri Jokiharju. Not bad, not bad at all. However, with nine full-time NHLers on the team’s blue line, it appears that at least one more trade is inevitable. In fact, Sabres insider Mike Harrington predicts that the “big one” is coming for Botterill and the Sabres.

So… who’s on the chopping block? Rasmus Ristolainen, Zach Bogosian, Marco Scandella, Miller, Brandon Montour, Matt Hunwick, Rasmus Dahlin, Casey Nelson and Jake McCabe are all under contract for 2019-20, so who goes? According to Harrington and many other analysts, including Matt Larkin of The Hockey News, it appears that Ristolainen is the one being shopped most aggressively.

The 24 year old Finnish blue liner put up 43 points in 78 games with the Sabres last season and carries a $5.4 million cap hit for the next three seasons. Larkin proposes a classic one for one trade between the Sabres and the Edmonton Oilers (Oilers fans love those one for one deals, right?) with Ristolainen swapping locales with centre Ryan Nugent-Hopkins.

We don’t know for certain Evan Bouchard is ready for top-four duty yet. Landing Ristolainen would take the pressure off, and the Oilers could dangle Ryan Nugent-Hopkins, who makes just $600,000 more than Ristolainen, in a 1-for-1 swap.

An interesting proposition, especially given just how much Nugent-Hopkins’ name has surfaced in trade rumors. The problem is that new Oilers GM Ken Holland has stated many times that he’s not interested in trading Nugent-Hopkins. And why would he? The 26 year old FINALLY broke out this past season, his eighth in the NHL, with 28 goals and 69 point sin 82 games. He’s a valuable player worth holding onto.