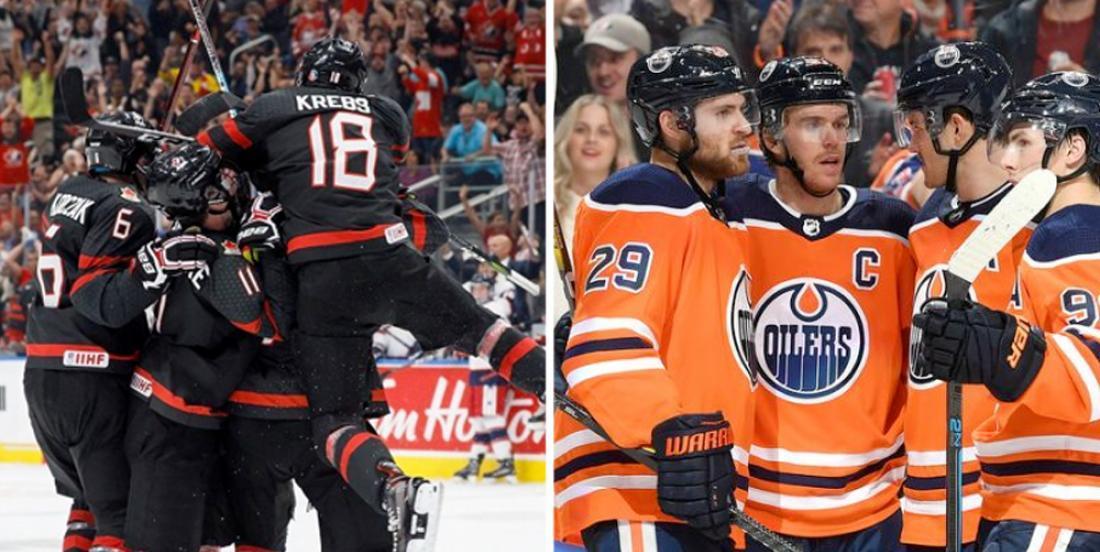 This just in, Hockey Canada has officially announced the cancellation of the 2020 Hlinka Gretzky Cup, otherwise known as the World U-18 Championships. The tournament, which features the best teenage players (under 18) in the world, was scheduled for Aug 3-8th in Edmonton and Red Deer, Alberta.

“The health and safety of players, staff, officials, fans, family, volunteers and the general public is of the utmost importance to Hockey Canada, and although this was a difficult decision to make, we believe it is in the best interest of everyone involved given the uncertainty at this time," said Tom Renney CEO of Hockey Canada in a prepared statement.

While the is understandable... August 3rd is more than three months away, isn't this decision just a tad bit premature? Why rush to cancel things now when no one knows what kind of world we'll be living in three months from now. So what's the deal?

Well, according to a report from NHL insider Frank Seravalli of TSN, the decision comes down to arena availability and, frankly, the Edmonton Oilers are a priority over a bunch of teenagers.

This news, understandably, isn't going well with fans of junior hockey. The Oilers organization has unwittingly sewn the seeds of discontent in junior hockey fans and the online backlash is getting ugly. We'll spare you the gory details.

Read below for the full press release announcement courtesy of Hockey Canada:

CALGARY, Alta. – Due to the ongoing coronavirus (COVID-19) pandemic, the decision has been made to cancel the 2020 Hlinka Gretzky Cup, which was to be hosted Aug. 3-8 in Edmonton and Red Deer, Alta. The following is a statement on behalf of Hockey Canada from Tom Renney, chief executive officer, and Scott Smith, president and chief operating officer:

“The health and safety of players, staff, officials, fans, family, volunteers and the general public is of the utmost importance to Hockey Canada, and although this was a difficult decision to make, we believe it is in the best interest of everyone involved given the uncertainty at this time.

Hockey Canada is grateful for the continued support of our event partners, including the National Hockey League (NHL), Canadian Hockey League (CHL), Oilers Entertainment Group (OEG), the Red Deer Rebels, Hockey Alberta, the Czech Ice Hockey Association and the Slovak Ice Hockey Federation, as well as the Government of Alberta, the cities of Edmonton and Red Deer, Edmonton Events and Tourism Red Deer. We look forward to returning to the Czech Republic and Slovakia for the 2021 Hlinka Gretzky Cup and will continue to work with our partners to ensure the event will be a success in Alberta in 2022.

Those who have purchased tickets for the 2020 Hlinka Gretzky Cup through private ticket launches will be contacted by May 15 regarding ticketing options, including a full refund. At this time, Hockey Canada is continuing to work with OEG and the Red Deer Rebels in preparation for the 2021 IIHF World Junior Championship.”