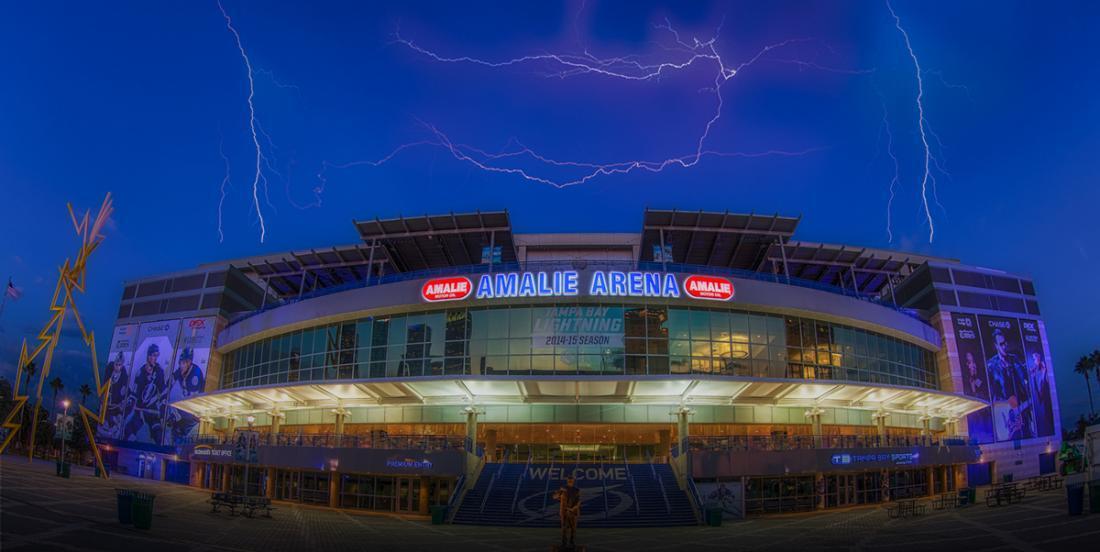 More than 4.2 million homes in the state of Florida are without power thanks to the destruction and devastation of Hurricane Irma. The category 5 hurricane is currently roaring across inland Florida and forcing millions to take refuge in public buildings across the state.

The Florida Panthers, whose home arena BB&T Center is located in Sunrise, Florida, are using the facility as the center of operations for various public services during the storm. An electricity company, DTE Energy, has set up a dormitory in the arena for its employees in the region. The Panthers head offices have been closed since Thursday and players, employees and families have all been evacuated from the area.

As for the Tampa Bay Lightning, things are a little tricker. The Tampa area is expected to be one of the regions to be hit with severe flooding and their home rink at Amalie Arena is considered to be at risk. Players have been airlifted out of the area using the team’s charter jet.

"We had 150 people onboard. There were players, support staff, family members of the employees and even animals. There were 11 dogs and 3 cats on board. We even had the three rabbits from the family of Anton Stralman!” said Brian Breseman, director of media relations for the Lightning.

"We also transported equipment belonging to the team, not to lose everything if the arena was flooded."

So, what’s next? "We are waiting for the hurricane to pass and we will plan the next steps depending on the extent of the damage," says Breseman.

Stay safe hockey fans. Irma is expected to pass over Florida today then on to Georgia and Tennessee in the coming days. Hopefully it’ll lose some of its steam along the way.