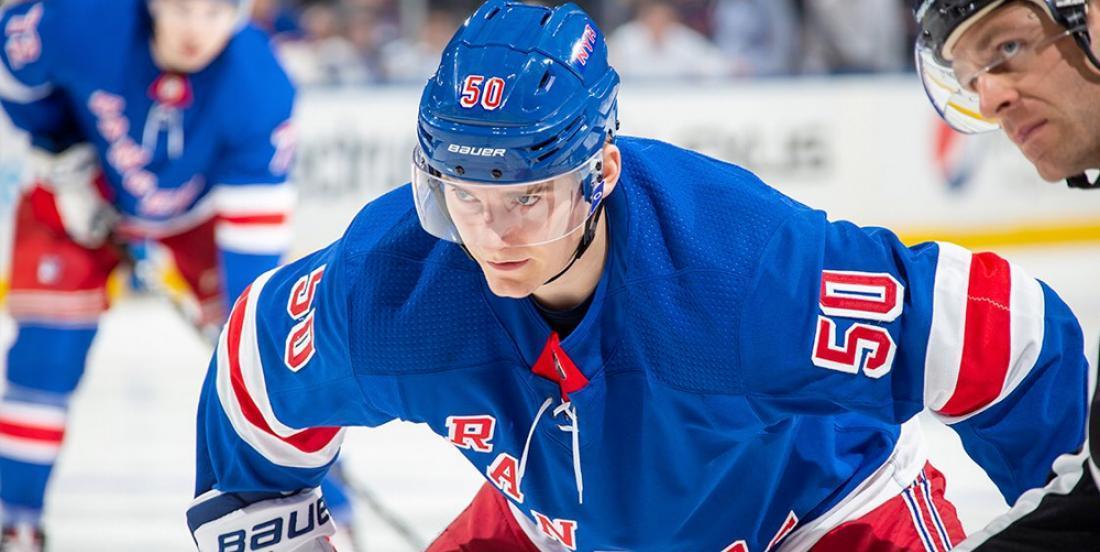 The former 7th overall pick puts his foot down.

Despite rumblings earlier this spring that disgruntled New York Rangers top prospect Lias Andersson was considering a return to NYC from his native Sweden, Andersson has reportedly decided to stay in Sweden until the Rangers can make a deal with another NHL club.

This according to Rangers insider Larry Brooks of the New York Post.

Last month a report from Swedish language publication Götenborgs-Posten (Gothenburg Post), said that the Rangers have had discussions with Andersson about re-joining the team when the 2019-20 season resumes.

Andersson’s agent confirmed that Rangers president John Davidson and head coach David Quinn have both spoke personally with Andersson about the possibility. Now, according to Brooks, the possibility of Andersson re-joining the club has been dashed.

Andersson, of course, left the Rangers’ AHL affiliate, the Hartford Wolf Pack, after issuing a trade demand. He later joined the Swedish Elite League’s HV71 on loan and has been there ever since. Rangers blog Blueshirt Banter reported recently that Andersson and HV71 are on the verge of coming to an agreement for the 2020-21 season as well. But today’s news shows that the the Rangers are evidently not ready to give up on Andersson just yet. And for good reason.

The 21 year old Swede was selected 7th overall and has shown flashes of skill in the 66 games that he has played with the Rangers. But, like most young players, consistency is a problem with Andersson. You’ll find few scouts who think the kid is NHL ready, but he apparently isn’t in agreement that he needs some AHL seasoning. For what it’s worth, he put up an impressive seven goals and 12 points in 15 games with HV71 before the 2019-20 season was cancelled. He had just four goals and five points in 13 AHL games and just one assist in 17 NHL games with the Rangers this season.