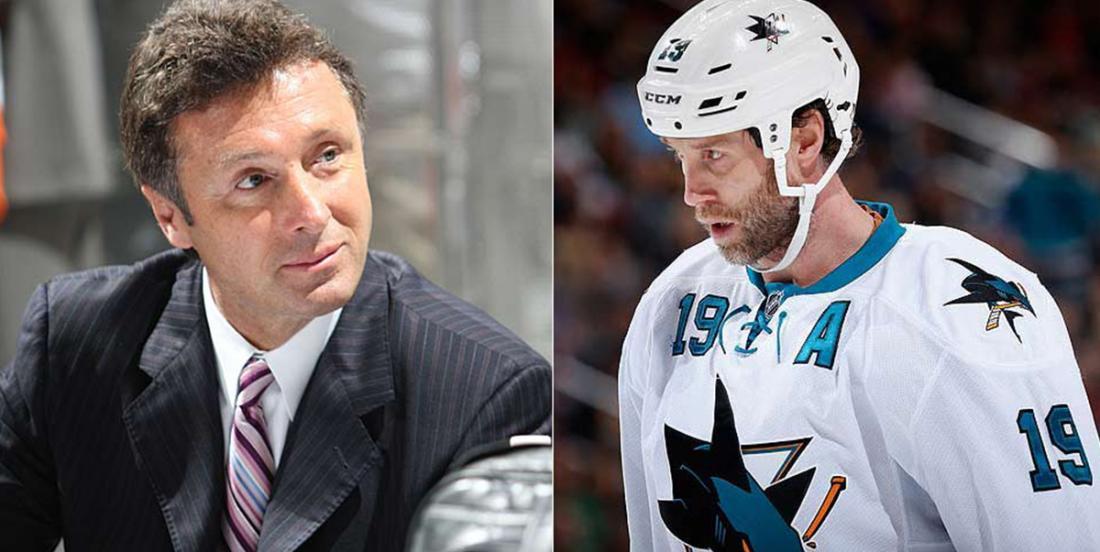 The moment that veteran Patrick Marleau made his decision to leave the San Jose Sharks and join the Toronto Maple Leafs was the moment that Sharks GM Doug Wilson began search his Marleau’s replacement. Over half a year later and he still hasn’t found his man…

The Ottawa Sun’s Bruce Garrioch reports this weekend however that Wilson has been hitting the trade phones lately in search of a top-six forward to add to his group. At the top of his list? Ottawa Senators speedster Mike Hoffman. But, there’s also Zack Smith and JG Pageau, also of the Senators, on his radar. Of course there are also bigger fish in the pending free-agent pool like Buffalo Sabres power forward Evander Kane and New York Islanders superstar John Tavares. Oh… and don’t forget about Montreal Canadiens captain Max Pacioretty.

Wilson certainly won’t be lacking for options if he decides to get aggressive at this year’s trade deadline. With plenty of talented players hitting the trade market, it won’t be a matter of “if” the Sharks make a deal, but rather how big of a deal they make. Does Wilson want to tinker? Or does he want to make a splash? Either option is available to him, but it could come down to the play of youngsters Timo Meier and Kevin Lebanc.

If the two rookies can elevate their play down the stretch, they’ll take the heat off of their GM and potentially buy him some time until the offseason to make any significant moves. If the youngsters fade down the stretch, don’t be surprised if Wilson pulls the trigger on a deal to bring in some veteran goal scoring.