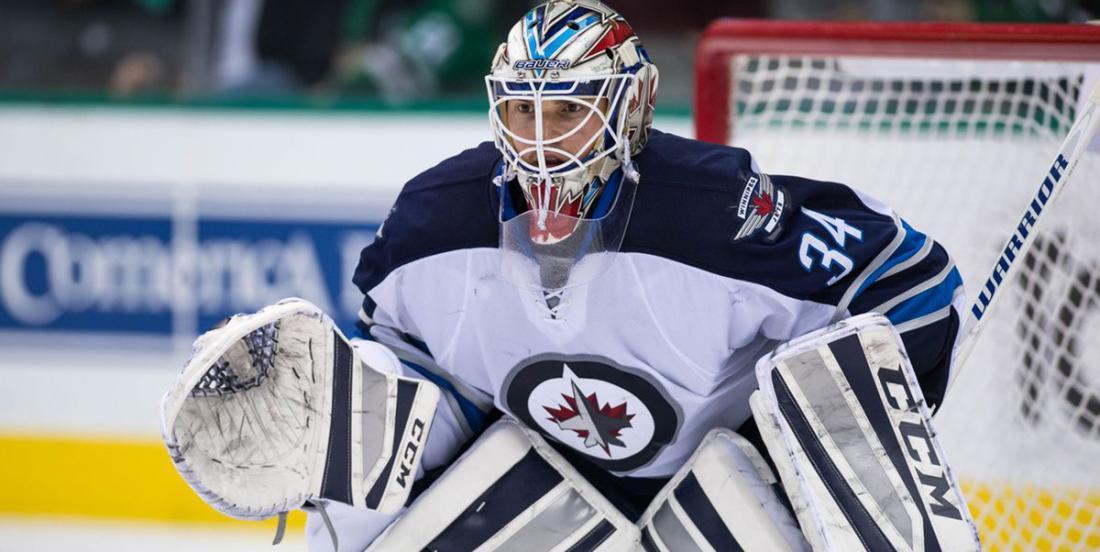 This is too weird… there’s got to be more to it?

According to a report from Mike McIntyre of the Winnipeg News, the AHL’s Manitoba Moose have made goaltender Michael Hutchinson a surprise scratch and recalled University of Manitoba goaltender Steve Christie to serve as the team’s emergency backup.

This has led to wild speculation that Hutchinson has in fact been traded. Earlier this weekend Hutchinson was the subject of a report from Sportsnet’s Nick Kypreos who linked him to both the Edmonton Oilers, Pittsburgh Penguins and Florida Panthers via trade.

Sit tight, Jets fans. There could be more to this story to come.

Hutchinson has been ruled out of the contest due to a groin injury. Curb the trade talk… for now.