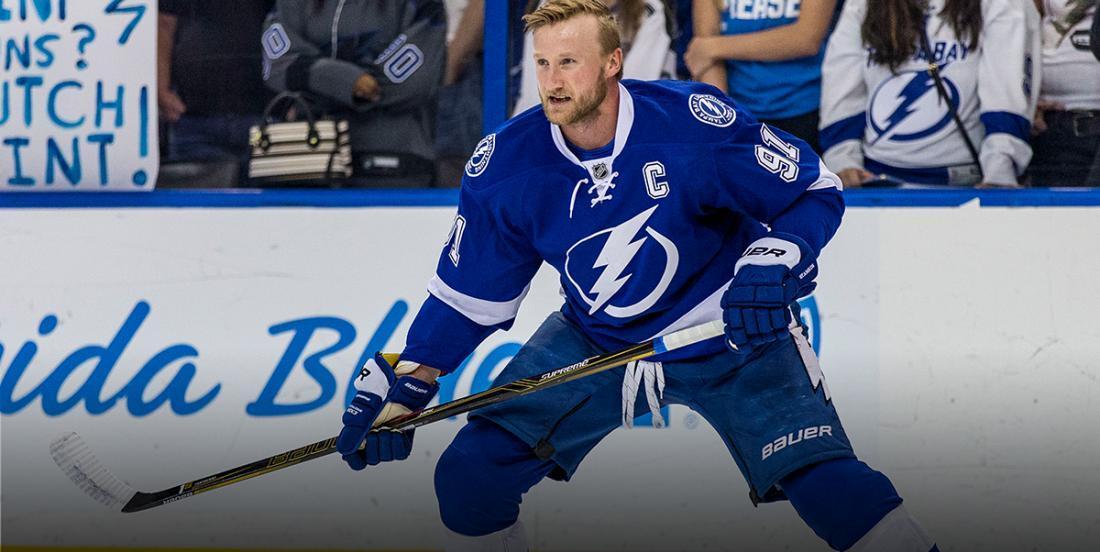 Will he ever be the same again? Can he get back to his old self?

Tampa Bay Lightning captain Steve Stamkos has to be one of the unluckiest players in the NHL. We all remember the brutal broken leg he stuffed during the 2013-14 season that forced him to miss more than half the season and the 2014 Winter Olympics. He recovered fully and looked to be out of the woods when a freak heart condition took him out of the Lightning’s lineup heading into the 2016 Stanley Cup Playoffs. Again, Stamkos recovered and found his old form, scoring nine goals and 20 points in the first 17 games of the 2016-17 season before disaster struck again. Stamkos suffered a devastating knee injury that took him out of the lineup for the remaining length of the season.

Stamkos hasn’t laced up the skates to play a game with the Lightning since November of 2016, but is back on the ice and ready for the 2017-18 season. He’s fully recovered from surgery and rehab and is excited to drop the puck on the upcoming season. Tampa Bay Times’ Joe Smith caught up with the Bolts captain and got an update on his progress:

The most interesting quote from this exchange:

You can just see it in Stamkos’ eyes and hear it in his voice: he’s not sure if he’ll ever be the same again. What do you think? He’s coming off a MAJOR knee surgery and he’s a player who relies on his speed and skating ability to generate scoring chances. Will Stamkos take a step back? Or can he come back even stronger than ever? Don’t forget he was the NHL scoring leader when he went down last season, can he get back on top?