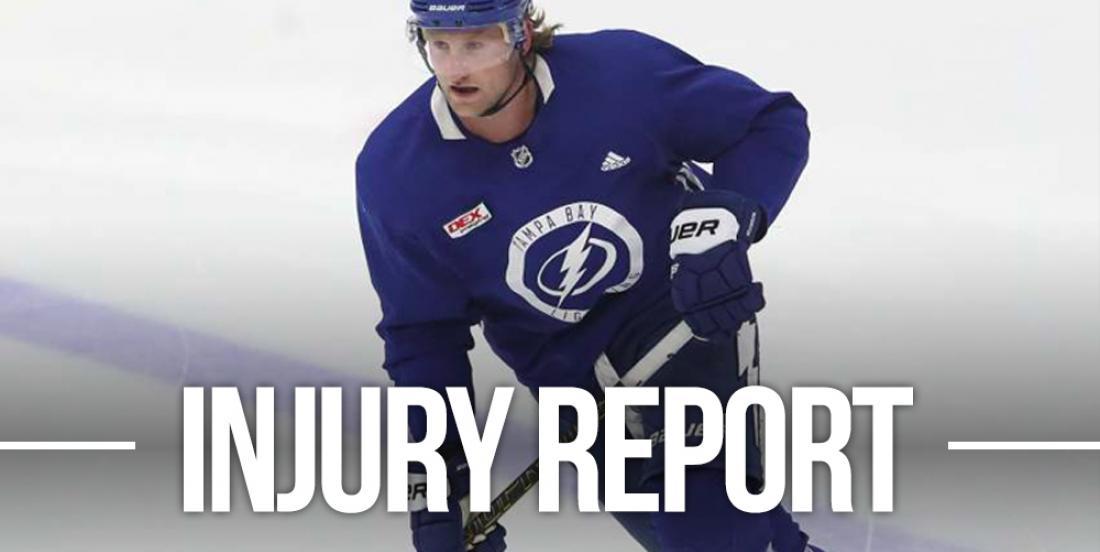 Giddy up! The Bolts get a HUGE boost!

According to multiple online reports, Tampa Bay Lightning captain Steven Stamkos officially returned to his team today, practicing full-time with them for the first time since the NHL's Return to Play. The 30 year old former 1st overall pick has been skating on his own the past week, but today marked the first time that he has undergone a full team practice since re-aggravating an injury during training camp in July.

Lightning head coach Jon Cooper has already ruled Stamkos out for the duration of the Eastern Conference Final, but hasn't commented on his captain's status for the Stanley Cup Final should the Bolts get past the New York Islanders. With the way things are playing out though, the door may be open to Stamkos' return. The Lightning are just a win away from going on to the Stanley Cup Final and if the Vegas Golden Knights manage to drag things out in the Western Conference Final, Stamkos could get some extra time to rest, rehabilitate and ultimately get himself up to speed in practice. Now, having said that... things could just as easily go the other way. The Stars could put the Western Conference Final to bed tonight, while the Islanders stretch things out in the East. Who knows?

In any case, Cooper isn't tipping his hand, but at the same time it's clear that he's not counting on Stamkos' return any time soon. “When you’re not able to play, you’ve got to shine in other areas, and he’s definitely helping in the leadership department,” said Cooper. “He’s been skating on and off, he’s on a rehab regime. And so a lot of days he’s either skating by himself or, if we’ve got optionals or we have a few guys skating, [he’ll join them].

“I think today he’s out there with the guys, but there’s certain things he can and can’t do. It’s great to have him around, but definitely nothing’s changed in the playing department any time soon.”

Stay tuned, there's clearly more to this story than meets the eye.