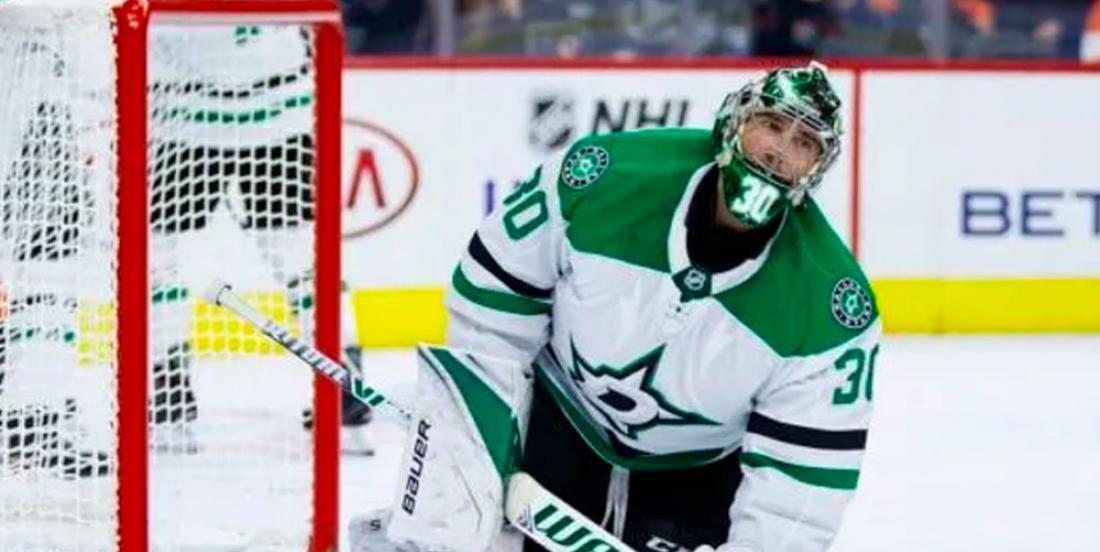 We can see that failed miserably… What does this mean for Game 6?

We didn’t see it coming but on Monday night, the Dallas Stars started goalie Ben Bishop in between the pipes ahead of Game 6 of the second round series against the Colorado Avalanche. Bishop made his first start for the Stars in 18 days, after being unfit to play since Game 2 of the quarterfinal series against the Calgary Flames. He replaced Anton Khudobin, who won six of his past seven contests, including Game 4 on Sunday.

So, yeah. We were surprised. What was even more surprising is when Pierre McGuire revealed on TSN 690 Tuesday that Bishop’s status was still unfit to play a few hours before Game 5. McGuire pointed out that Bishop was considered “unfit to play” at midday, then all the sudden he was good to go at 7:45pm. He couldn’t believe how his status changed so drastically in a short period of time, getting a lot of fans wondering if the Stars lied about his condition.

No one on social media or even team insiders are aware of what had forced Bishop out of the ice in the past weeks. The NHL has allowed teams and coaches to conceal information on players’ statuses and simply tagging them unfit to play.

However, if Bishop has sustained a concussion and was forced into coming back in the series, the Stars might have lied to get him back earlier than needed. The NHL has offered no additional information on what a team needs to present in order to prove that a player is now fit to play. Usually, an injured player will meet with a physician or team doctor and get a green light. However, McGuire does not believe this process was done in the short period of time Bishop’s status suddenly changed.

The one good thing in this situation is that Bishop was pulled in the first period after allowing four goals on 19 shots in 13:43 of ice time. Khudobin entered the game, he who was supposed to enjoy a night off.

This (possible) lie ended up back firing on the Stars, who might choose to put Bishop back on the bench (or in the dressing room for that matter) and keep going with Khudobin in order to advance to the Western Conference finals.