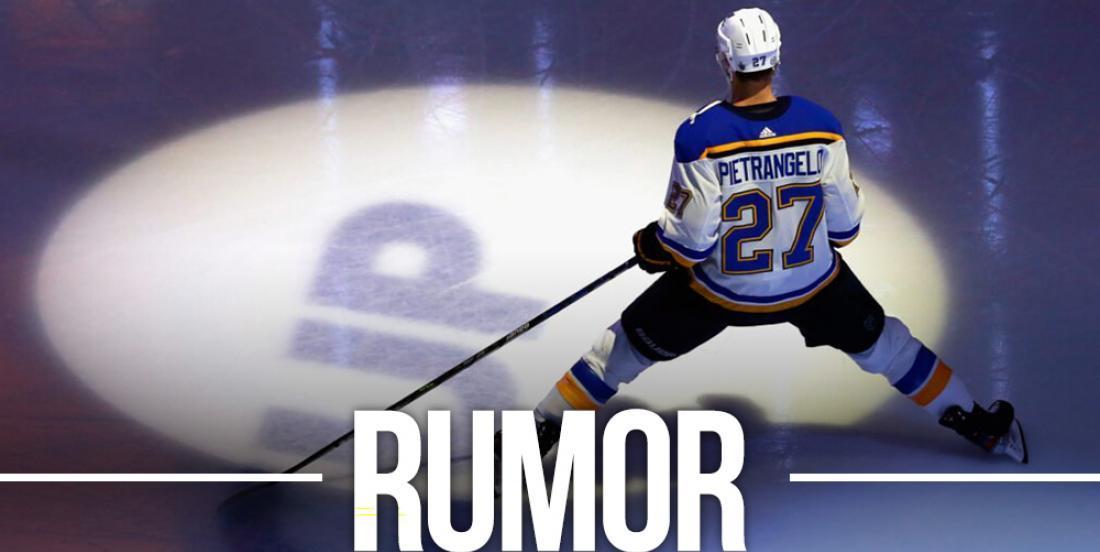 The Blues captain will hit the open market. Where will he end up?

This just in, according to a report from St. Louis Blues insider Jeremy Rutherford of The Athletic negotiations between the Blues and pending free agent Alex Pietrangelo have broken off and the Blues captain will hit the open market tomorrow afternoon.

“There was a discussion today, and I guess the best way to sum it up, we haven’t really made much progress,” Pietrangelo said earlier today. “We just think right now, with where things are at, that maybe it’s best for both sides to see what’s going on in free agency, what the team can explore, what I can explore and if there are better fits for each side.

“We’re a little disappointed that we’re in this situation. We weren’t able to hammer out the details what we wanted in a deal. There was some work that we tried to get done that we couldn’t get done, so both sides agreed that maybe it’s in the best interest. We’re two weeks away. Not saying anything can’t change, but as of right now, that’s kind of our plan, and we’ll see where things go.”

Now, of course this doesn't mean that all hope is lost for a return to St. Louis, but it does mean that teams like the Toronto Maple Leafs and Vegas Golden Knights will finally get their chance to officially pitch Pietrangelo.

According to Rutherford, the Blues have offered Pietrangelo offers with a range in term from five years to eight years, but the sticking point has been Pietrangelo's insistence on having a no-movement clause.

“You can talk about money all you want and dollars, but there’s more to a contract than the actual number, and there’s a lot that goes into the discussion of how you want a contract to be done," says Pietrangelo. I’m not going to confirm or deny any numbers; it’s just we clearly weren’t able to get to a number that we thought was appropriate on both sides.”

So... what's next? Not even Pietrangelo himself knows.

“I have no idea,” he said. “This is my first time doing this. Who knows? Maybe I have a change of heart, right? You never know.”