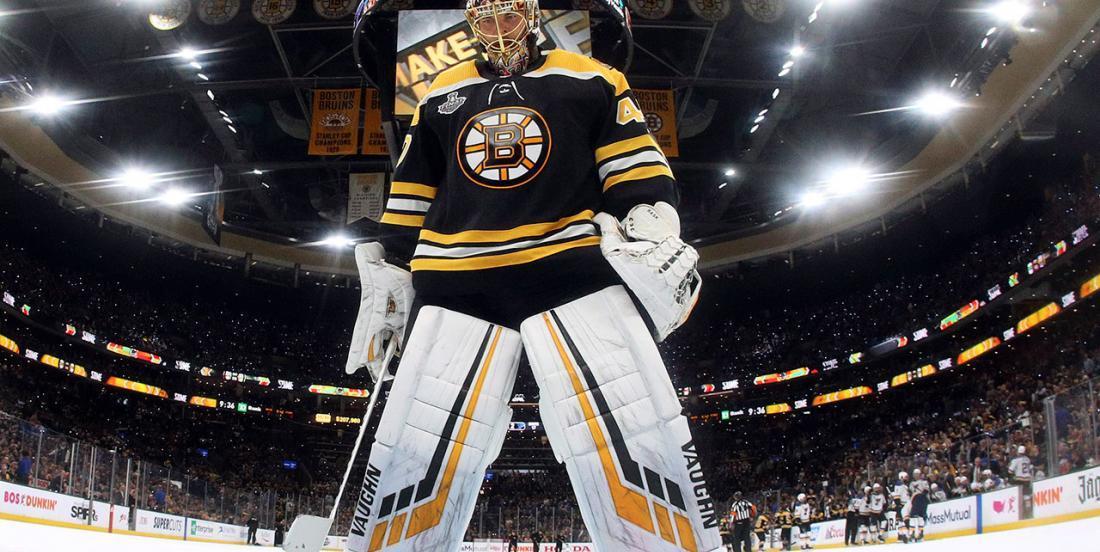 Forget all the rumours, the Bruins expect him to be in net next season:

Fans are still bitter about the fact that Boston Bruins star goalie Tuukka Rask quit on his club during the first round of the postseason, leaving the Toronto bubble and opted out of the playoffs to return home. However, they will have to get over it.

According to general manager Don Sweeney who spoke with team insider Fluto Shinzawa of The Athletic, everyone on the club expects Rask to be back with the Bruins for the 2020-21 season.

“I have zero reservations where Tuukka will be on and off the ice for us,” Sweeney said.

Even Rask’s agent contacted Shinzawa to let him know that there were no indications his player was considering retirement or not returning to Boston, where he has one season remaining on his eight-year, $56 million contract with the Bruins.

“There has been no such discussions that he wouldn’t return,” Markus Lehto, Rask’s agent, wrote in an email.

During the postseason before they were ousted by the Tampa Bay Lightning in the second round, Bruins president Cam Neely felt the need to share some precision on why Rask has left the team and the bubble in Toronto and how the club felt about it.

“I have not spoken to Tuukka the last few days. As Don mentioned, he came and spoke to us the morning of Game 3 where he said that he had to go home to deal with a family emergency. So we respected that. Now it’s about the guys that are here and the team that we have here. That’s what we have to focus on.”

Here to hoping that fans will understand and have Rask’s back when he gets back in between the pipes for the Bruins.

On the other hand, Sweeney has admitted that he has not spoken with Rask since the goalie informed him he was leaving the Toronto bubble. Things could change. But there is no doubt that losing Rask would be a terrible blow to the Bruins. And fans should not expected Sweeney to trade his goaltender.

“The Bruins would not receive market value because of Rask’s age, his $7 million average annual value and his most recent departure. Halak, 35, is not suited to be a full-time starter. Vladar is not ready to be an NHL backup.
“If you look at Tuukka’s actual play, he was a Vezina finalist this year,” Sweeney said. “For me, that pretty much dictates everything.”

Rask is a finalist for the Vezina Trophy, awarded to the goalie voted as best in the NHL during the regular season as he was 26-8-8 in 41 starts with a League-best 2.12 GAA, finishing second with a .929 save percentage. Let’s be happy that for now, it looks like he will be back with the Bruins.