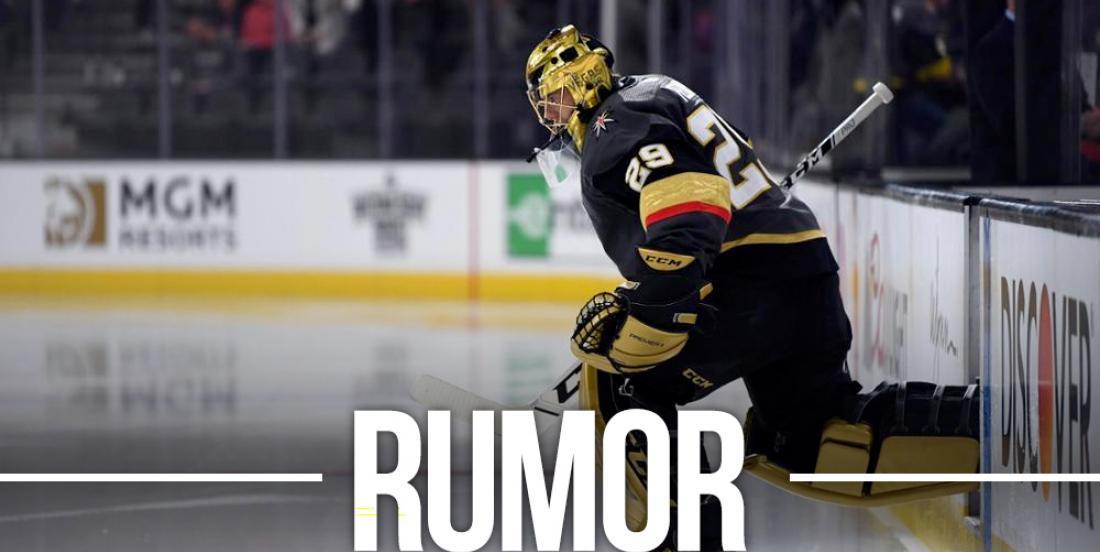 The Vegas Golden Knights have a big, big problem on their hands. A $7 million problem called Marc Andre Fleury.

The Golden Knights, of course, signed goaltender Robin Lehner to a five year contract worth $5 million per season last week and between Lehner and Fleury, the team now has $12 million annually tied up in goaltenders. That's a problem and it's expected that Vegas GM Kelly McCrimmon will find a suitor for fan favourite Fleury on the trade market. Except... no one seems to really be interested in Fleury, at least not at a $7 million annual cap hit.

According to TSN hockey insider Frank Seravalli, Vegas made Fleury available to all 31 NHL teams essentially for free and even added a 2nd round pick as a sweetener but... nothing. No interest. League wide.

Check out this quote from Seravalli's appearance this morning on Edmonton's TSN 1260 radio:

"My understanding was over the weekend that the conversations Vegas was having with teams included, 'We'll give you a 2nd round pick AND Marc Andre Fleury and not ask for anything back', just in order to move the contract. There were no takers at that point is my understanding and... now they've got to get pretty creative to move out some money."

If that's true than McCrimmon and the Golden Knights are going to have to be extra creative in making something happen. Remember when the Toronto Maple Leafs were forced to surrender a 1st round pick to the Carolina Hurricanes just to move Patrick Marleau's contract? I'm thinking that Vegas is going to find themselves in a similar situation with Fleury this offseason. Things get especially more difficult when you consider that the free agent market will be flooded with goaltending options like Braden Holtby and Jacob Markstrom. Oh... and then there are younger, cheaper options on the trade market like Fleury's former teammate Matt Murray and breakout star Darcy Kuemper.

I gotta say... all of this seems to be amounting to a messy, ugly divorce between Fleury and the Golden Knights. The team's first real star and the face of the NHL's all-time most successful expansion is unceremoniously being dumped right in front of our very eyes. Buckle up, this is going to be a bumpy ride.