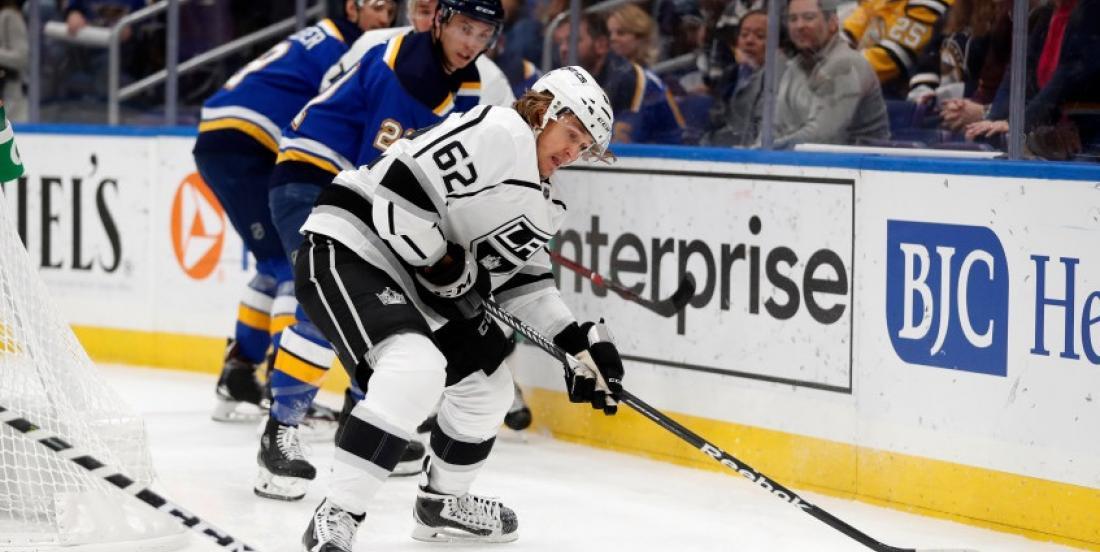 Injured right off the heels of a trade.

When things are trending in a bad direction your problems can seem to just compound themselves and unfortunately that appears to be the case for the Los Angeles Kings organization.

The Kings have been absolutely atrocious thus far this season and in fact may very well be the very worst team in the entire National Hockey League right now. They currently sit dead last in the NHL's Pacific Division, behind teams like the Arizona Coyotes, Edmonton Oilers and Vancouver Canucks, all team that have had major struggles of their own this season. On Saturday night the Kings were on home ice at the Staples Center when they welcomed the aforementioned Canucks and although it was a competitive game a late mistake from the Kings in the third period gave the Canucks the lead, a lead the Kings were never able to claw back. It marked one of the worst losses of the season for the Kings and when you consider that this is a team with a -26 goal differential on the season thus far that is saying something.

Needless to say the Kings have some major problems at the moment. not the least of which is the fact that firing head coach John Stevens really seems to have done nothing to improve the compete level in this team. Russian star Ilya Kovalchuk has all but vanished at this stage and is having the worst stretch of his professional career in terms of point production and it really is beginning to feel like the season may already be over for the Kings just over 20 games into the campaign.

To his credit general manager Rob Blake has tried to light a fire under his team, including the aforementioned firing of Stevens, and one of the ways he did so was by executing an early season trade. Blake gave up 26 year old forward Tanner Pearson to bring in the more experienced Carl Hagelin from the Pittsburgh Penguins and although at the time the deal seemed like a lateral move, it has definitely paid off better for the Penguins thus far.

In 6 games Pearson already has 3 goals, compared to 0 in 17 with the Kings, and an assists for a total of 4 points and boasts a plus minus rating of +3 as a Penguin so far. Hagelin on the other hand has not found the back of the net but has picked up 2 assists in 5 games for the Kings and is a plus 1 with the organization. Now however Hagelin won't be playing at all.

The Kings have officially placed Hagelin on injured reserve and there's no official word on when he may be expected back, a move that has forced the Kings to call up Michael Amadio from the Ontario Reign of the American Hockey League. We do know that Hagelin is suffering from a lower body injury as is being consider is week to week at this time but that is so vague that it's effectively impossible to establish a time line for his recovery.

It's a big loss for the Kings, especially considering they were hoping he would spark the offense, and it could not have come at worse time.