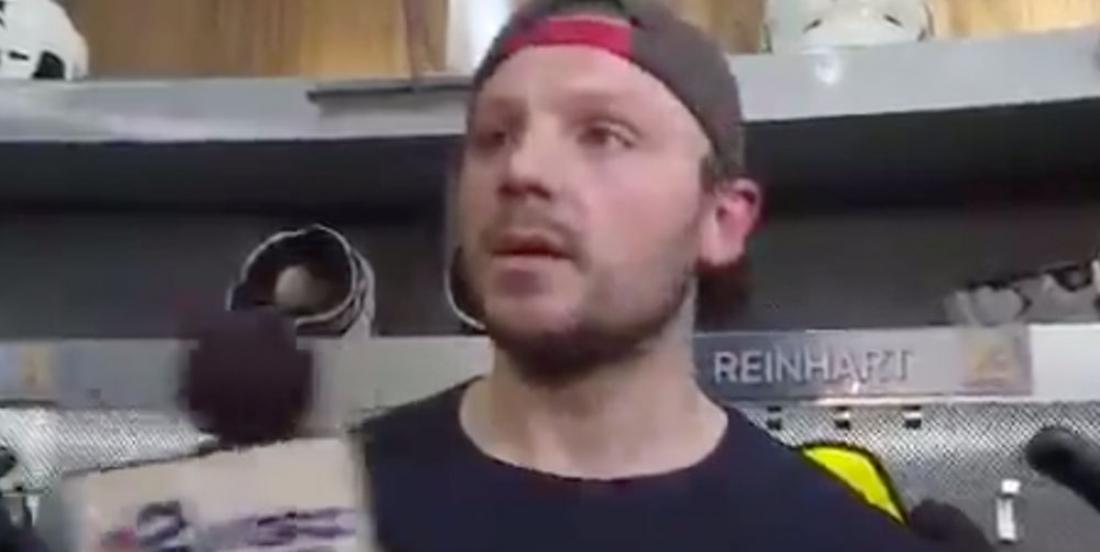 When you thought things couldn’t get any worse for the Buffalo Sabres this season, they went on to lose 4-3 in a shootout at the hands of the worst team in the league, the Detroit Red Wings, on Thursday night.

After the loss, Sam Reinhart met with media and one reporter wanted to know if the forward did his back checking job properly on one of the Wings’ goal, even suggesting Reinhart stopped skating at one point.

As Reinhart did want to validate that question, the reporter pressed on asking him if he back checked appropriately and when the player refused to answer again, the journalist asked why he would not grant him a reply.

Reinhart simply added that he did not want to get into it with him and moved on. This is kind of awkward to watch:

As you know, Reinhart blew up after a team meeting earlier this week as the Sabres can’t seem to get a win lately after a strong start to the season. He called out his teammates after they held a players only meeting.