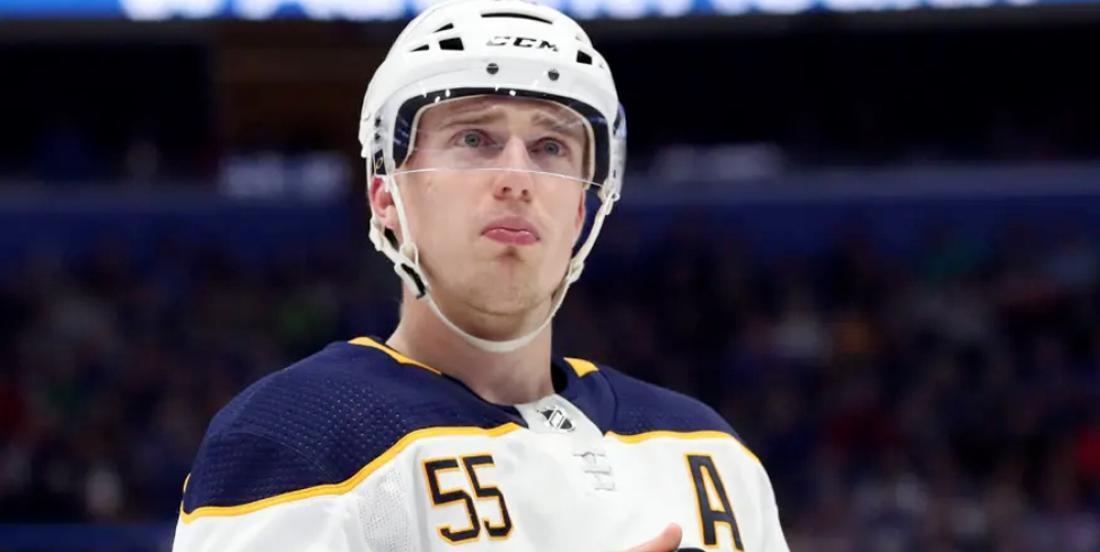 It’s safe to say that the Buffalo Sabres’ 50th anniversary season didn’t quite go as planned. The Sabres missed the playoffs for the 9th year in a row, despite a Harty Trophy worthy effort from captain Jack Eichel and, frankly, the team looks like its nowhere near ready to compete in 2020-21.

GM Jason Botterill will be back according to owner Kim Pegula and… well Sabres fans aren’t happy. The long-suffering fanbase is beyond frustrated with this team and it’s a frustration shared by their captain, as well.

Sabres beat reporter Lance Lysowski managed to catch up with Eichel yesterday and it’s clear that #9 has had enough.

There are two ways to look at this. Some might say that this is unprofessional and not what you would expect to hear from an NHL captain. Let alone one with six years and $60 million left on his contract.

To me though, this is EXACTLY what I want my captain saying. Eichel could kick his feet up, score his 30+ goals every season and collect his $10 million paycheque until the end of time. But… that’s not enough for him. This guy is a winner and it sickens him to sit by while his team continues to put up losing season after losing season. I mean… the guy has been in the NHL for five seasons now and has been nowhere NEAR the postseason.

The problem is that not everyone on the Sabres can be as motivated as Eichel. In fact, teammate Rasmus Ristolainen in speaking to the media yesterday sounded completely defeated.

Just rip the band-aid off already and trade this guy. You're only delaying the inevitable at this point.

The thing is, with Eichel, Rasmus Dahlin, Sam Reinhart, Victor Olofsson Casey Mittelstadt and Dylan Cozens the Sabres have the makings of a good young core, but how soon until they make progress? Eichel is a stud no doubt. Ditto for Dahlin. Reinhart is showing progress and Olofsson came out of nowhere to establish himself this past season. But until depth guys like Jeff Skinner, Marcus Johansson, Conor Sheary and Jimmy Vesey make an impact this team is going nowhere. Ditto for the team’s underwhelming blue line. Outside of Dahlin and Ristolainen… there’s not much to be excited about on defence in Buffalo.

At this point you have to wonder when Eichel reaches his breaking point. The kid played like a man possessed in 2019-20, it’ll be interesting to see how he plays once he and the Sabres hit the ice next season (whenever that may be).