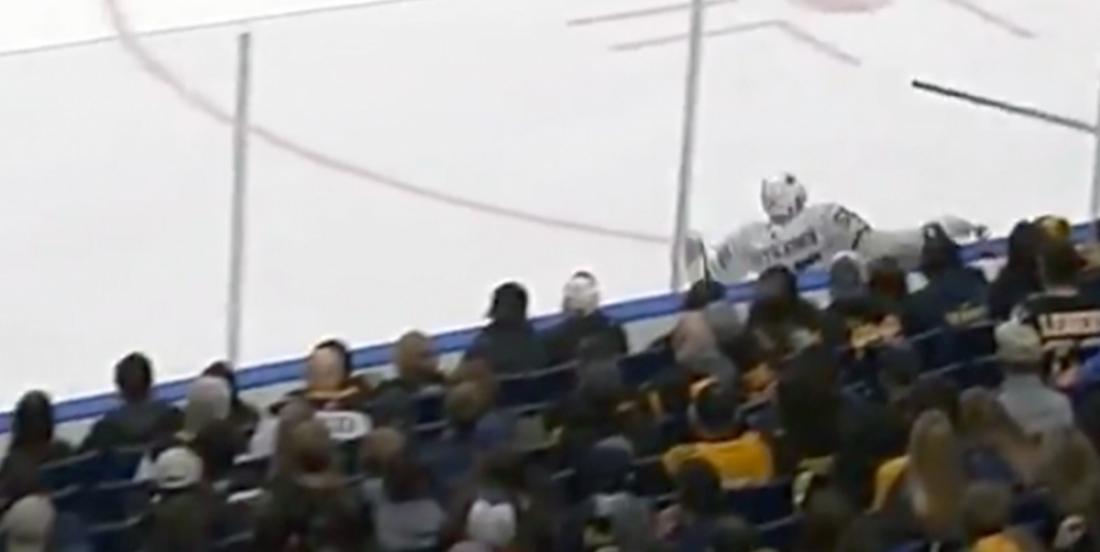 A perfect summation of the entire Sabres 2019-20 season.

In case you missed it last night the Buffalo Sabres dropped a fifth straight game, this time losing 4-2 to the Pittsburgh Penguins.

The Sabres are now 12 points back of a Wild Card playoff spot and are once again staring down the barrel of playing meaningless games through March and April. It’s another disappointing season in Buffalo… stop me if you’ve heard this story before…

In a perfect summation of last night’s game and really the Sabres’ entire 2019-20 season, here’s $32 million dollar blueliner Rasmus Ristolainen checking himself into the boards with NO ONE around him:

This could honestly be the highlight of the season for the 2019-20 Sabres. So disappointing…

The big question in Buffalo these days is, “What next?”

GM Jason Botterill already made a coaching change last offseason and was lauded for bringing Ralph Kreuger behind the bench. Jack Eichel is having an MVP worthy campaign, has arrived as a legit NHL superstar and yet does not have a playoff game on his five year NHL career. What next? Where do the Sabres go from here?

Sabres fans are beginning to lash back out against the team. I mean check out this call to WGR550 radio where an irate fan voices his displeasure with the team.