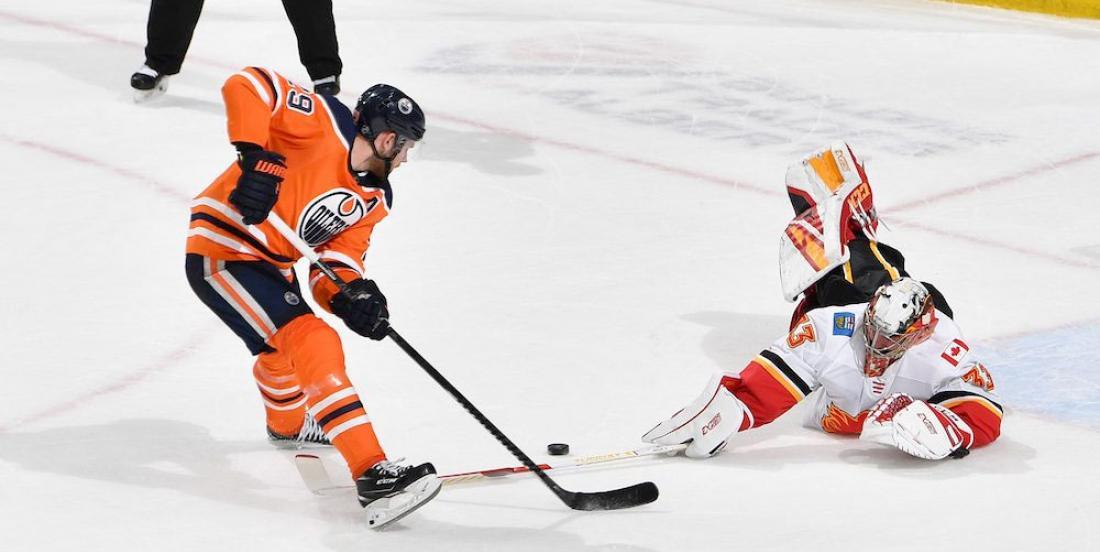 Easily the best rivalry in the NHL this season.

In case you missed it, last week the Battle of Alberta gave hockey plans plenty to chew on.

The teams played two games last week culminating in a Saturday night game that had fireworks from start to finish. It featured goals, fights and, mostly importantly, a GOALIE FIGHT!

But, what’s gone lost a bit in the fallout of these two games was Calgary Flames netminder David Rittich and his EPIC “bat flip” celebration after a 4-3 shootout victory last Wednesday.

Well now, Rittich is finally speaking up about the “controversial” move (eye roll) and he warns the Oilers that he’ll do it again.

“We’re not able to celebrate in this league anymore or what?” Rittich said, according to Sportsnet’s Eric Francis. “I didn’t want to do anything anymore. I just celebrate. Why I should change myself? I’m going to do it (again). I’m that guy who is showing emotions, who is celebrating goals and wins.”

I would LOVE to see Rittich pull off a move like this on the Oilers again… let’s just hope it comes during the first round of the Stanley Cup Playoffs.