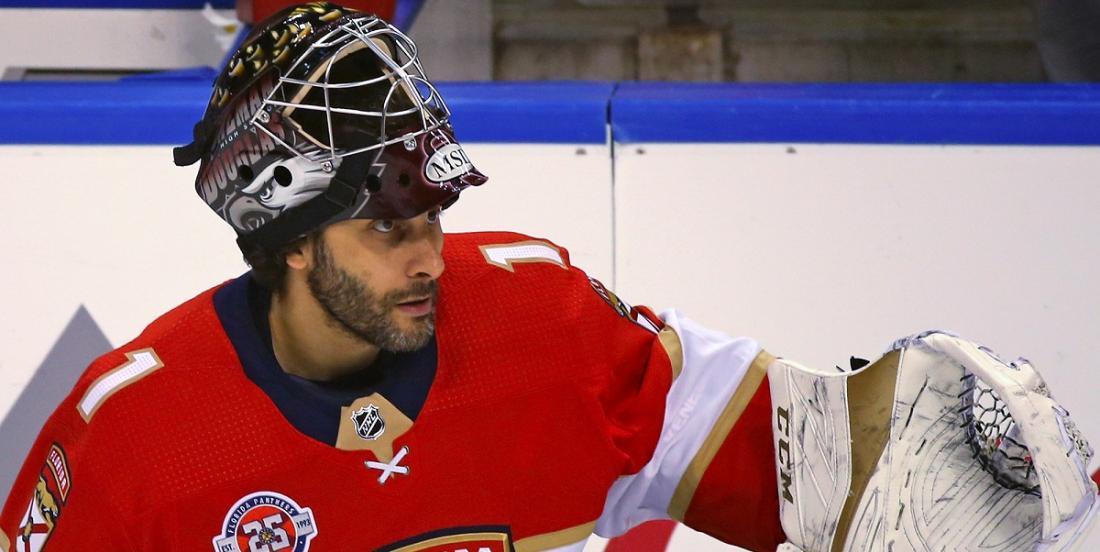 One of the National Hockey League's most beloved figures will receive a tremendous honor during the course of the 2019 - 2020 NHL regular season.

On Monday morning the Florida Panthers' announced that, following the announcement that veteran goaltender Roberto Luongo would be stepping away from the game of hockey, they would be retiring Luongo's #1 jersey. The move of course comes as little surprise given how terrific of an ambassador Luongo has become for the Florida Panthers as well as his long and storied history with that organization. Not only is it a tremendous honor in it's own right, but the move will also make Luongo the first player to receive the honor from the Panthers' organization, making it all that much more special.

The Panthers released a series of statements following today's announcement"

"Roberto is a cornerstone of Panthers history and an icon of the game," said Panthers Owner & Governor Vincent J. Viola via the team's official website. "He has represented himself and the Panthers with tremendous dignity, determination and a standard of excellence throughout his career. Roberto exemplifies what it means to be a Florida Panther. His level of commitment to this franchise, his teammates, his family and the South Florida community is second to none. There is no player more deserving to be the first Florida Panther to have his jersey number retired."

"A true professional, competitor and gentleman, Roberto set the standard for players in this organization," said Panthers President of Hockey Operations & General Manager Dale Tallon. "There was never a question in any of our minds that Roberto would be the first Panthers player to have his number retired by the franchise. One of the game's most iconic goaltenders, he gave his heart and soul to the Panthers and the South Florida community and carried himself with dignity, modesty and humor. Roberto is most deserving of this honor and we are thrilled for him, and his family."

Luongo himself also took the time to give a brief statement and, as he has done throughout his career, he once again showed tremendous class and grace.

"I want to thank the entire Panthers organization for this incredible recognition," said Luongo. "It's quite an honor to be the first player to have his number retired by the Panthers. I'm truly looking forward to sharing this special night with my friends, family, teammates and the Panthers fans."

The ceremony will take place on Saturday March 7th when the Panthers face off against the Montreal Canadiens. Although it is not clear why the Panthers chose this date, Luongo is from the Montreal area so perhaps that played some factor in the decision.