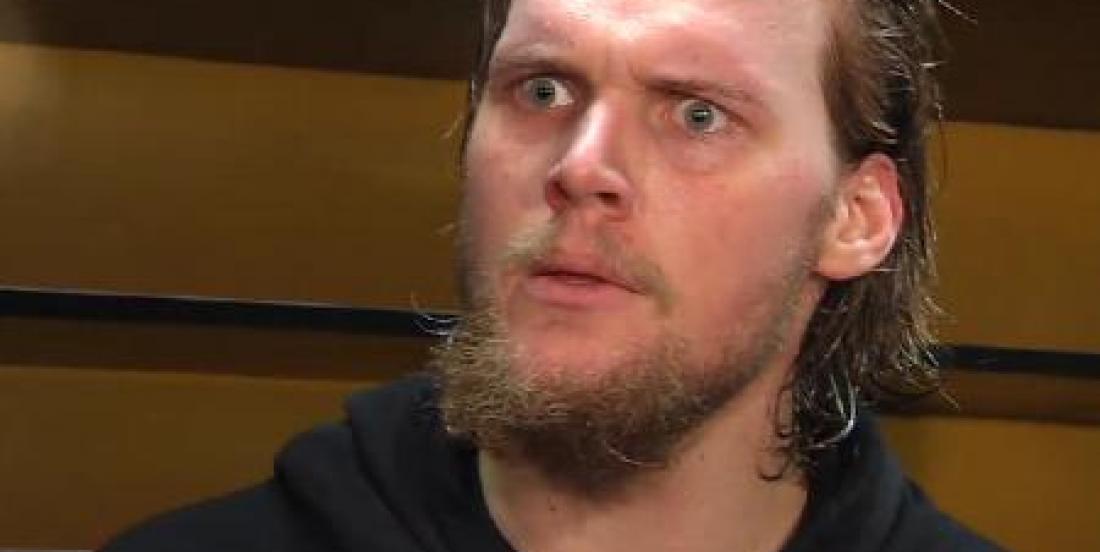 If you want to ask Vegas Golden Knights goalie Robin Lehner a question in the Edmonton bubble during the rest of the postseason, it better be about the playoffs and nothing else!

On Friday, rumours came circling that Lehner had signed a five-year extension with the Golden Knights, an offer that was on the table even prior to the National Hockey League’s Return to play plan. When reporters brought that up with Lehner during his press availability on Friday, the netminder got mad and made it clear he didn’t want to talk about that or false news during his postseason run.

“Nothing has been finalized. … It’s kind of annoying. We’re here in the conference final, and people are saying things they don’t know. … I’m here to win a Cup, not discuss this stuff.”

This also came hours after it was rumoured that Lehner could be dealing with a groin injury. While the news was posted by David Pagnotta of The Fourth Period, who also claims Lehner signed a deal with Vegas, we don’t know if this one is false as well…

Many insiders pointed out during last night’s contest that Lehner appeared to be hurting. David Pagnotta of The Fourth Period believes his groin might be causing him pain. The Golden Knights might consider sitting him for a game in order to prevent aggravating the injury. While he appeared shaken off after the third period, Lehner was back in net for the overtime, but it lasted less than a minute, so… We will have to wait and see if he gets the start tomorrow for Game 4 against the Dallas Stars or if his teammate Marc-Andre Fleury will come in between the pipes.

But you know, don’t ask about it. Lehner could get mad again!