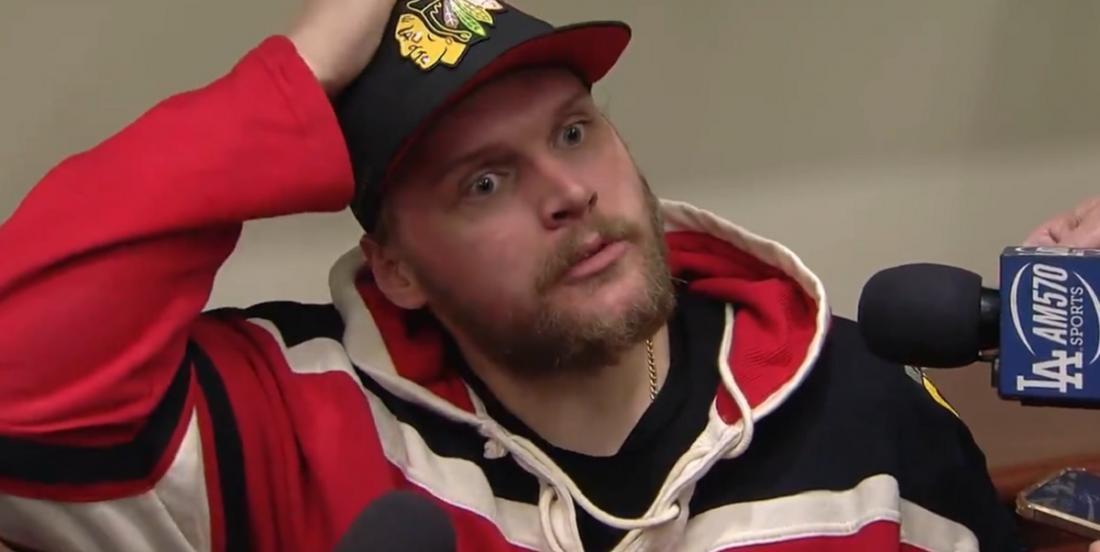 You may like him, you may hate him, but there's one thing that we can all agree on when it comes to veteran National Hockey League goaltender Robin Lehner and that is that the man is honest to a fault.

Lehner has always been a very outspoken player and unlike many other players in the NHL Lehner has always made it clear that he is no fan of empty platitudes. The veteran of over 270 NHL games has always been a rather blunt individual but that got him in a little hot water last week when he made some comments regarding his former teams. Specifically it was the Buffalo Sabres fan bases that got up in arms following Lehner's comments, although perhaps they were somewhat justified in doing so.

Lehner went in on the Buffalo Sabres last week when he stated rather plainly that he felt his former sucked while he was there, a response that came after Lehner was asked about the defensemen in Chicago. The Blackhawks backup and former Vezina finalist made it clear that playing in a loose style with less focus on defense suited him quite fine, something he had the chance to practice plenty of times while a member of the Sabres organization. In fact when Lehner spoke to Chicago Blackhawks insider Mark Lazerus about his comments last week, the big bruising goaltender appeared to come down even harder on the Sabres this time around. That being said though Lehner took extra steps this time to avoid offending so many people.

“The fact of the matter is, we sucked for three years,” Robin Lehner said as per The Athletic. “And I said ‘we.’ We. We as a team. I’m part of that. We weren’t good. And that showed in the standings. We were a bunch of guys who tried our best in a bad situation, but we weren’t very good.”

Lehner is aware of the controversy that was stirred up by the original comments he made last week, but if his responses today were any indication it does not appear to have phased him much. If Lehner had any complaints at all regarding how his comments were perceived they were directed at social media giant Twitter, an environment he believes fosters that type of behavior.

“Twitter sucks when it comes to that stuff,” he shrugged. “It’s what it is.”