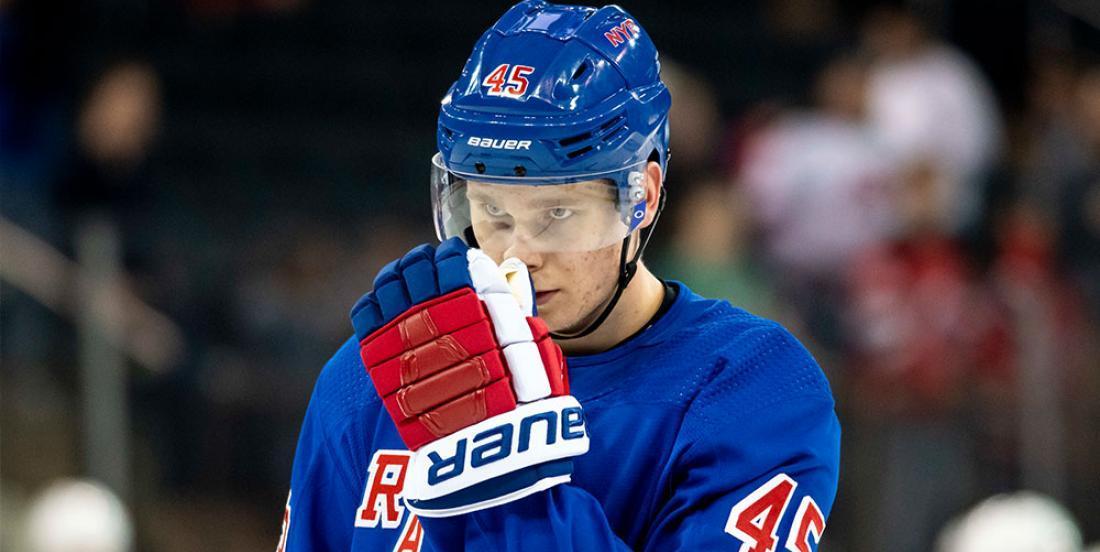 The New York Rangers dropped their fourth consecutive game this past weekend when the visiting Vancouver Canucks served them a 3-2 loss and it’s clear that losing is weighing on star rookie Kaapo Kakko.

After the defeat to Vancouver, Kakko broke it all down for Finnish reporter Pasi Tuominen, saying things like, “There’s no fun in my game.”

Check out some of these translated quotes from Kakko, taken from a story for Finnish publication Helsingin Uutiset:

“Things haven’t gone as planned. Sometimes I feel like I could be more on the ice. It would be great to be able to experiment at some point in the first line. I understand that can’t happen, when my current performances were not very good.”

“There hasn’t been any line performing well. It must have been seen by anyone who has watched the games. When you pile up losses, changes need to be made.”

“The player wants to play. You want to show that you can play well. After the first two games I was already a little frustrated, especially when my game was not what I had expected.”

“My goal is to play a leading role for the team. I don’t want to hear people tell me, that I’m a young guy who should take his time to get used to the style of play. I want to be the one to score and solve games right away.”

“I’ll fight now to stay even in the lineup. But most of all, we have to look like a team. We can’t lose all the time.”

Don’t be so tough on yourself, kid. It’s a team game and… well you’re just 18 years old.

There’s no denying the fact that the Rangers have disappointed early on, especially after picking up big players this offseason like Artemi Panarin and Jacob Trouba but it’s just six games into the season for this team. There are going to be ups and downs over the course of an 82 game season, especially for a relatively young and inexperienced team like the Rangers. Hopefully some of the team’s more veteran players like Panarin and Henrik Lundqvist can manage to steel Kakko’s nerves a bit.