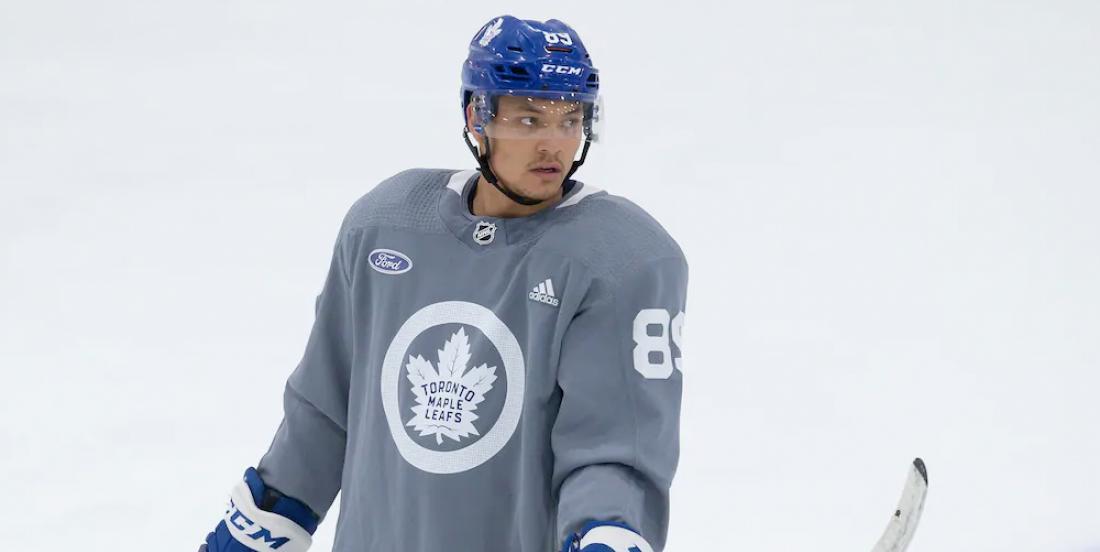 If you’ve been following the Toronto Maple Leafs’ training camp in preparation for their first round “play in” series against the Columbus Blue Jackets, you’ve no doubt heard of rookie Nick Robertson.

The 18 year old forward and OHL scoring sensation has made a big case to stick with the team when the NHL’s Return to Play protocol moves to Phase 4. He has impressed fans, media and, most importantly, the Leafs’ coaching staff during his short audition. The 5 foot, 9 inch, 165 pound winger has worked his way up the team’s lineup for the 13th forward position, to a 4th line winger position to now, according to Sportsnet hockey insider Chris Johnston, the team’s third line.

Nick Robertson remains part of the Leafs third line, with Pierre Engvall an extra. A good sign for the 18-year-old at this stage of training camp.

Of course, there’s no guarantee that Robertson stays in this spot but if he can keep up his strong play there’s reason to believe that he’ll at least crack the team’s roster when play resumes next week.

Robertson, a Michigan native, led the OHL in goal scoring in 2019-20 with 55 tallies in just 46 games. He also put up and incredible 86 points, good enough for 10th in points scoring in the league.  He was originally drafted in the 2nd round (53rd overall) of last summers 2019 NHL Entry Draft.

Make no mistake though, despite Robertson's skill and his potential he'll still be in tough to earn a roster spot over Pierre Engvall, Denis Malgin, Kyle Clifford or Jason Spezza. He simply doesn't bring the kind of elements to the game that these other players do. What he does bring though is a relentless work ethic, particularly on the forecheck, and a very high level of individual skill. In other words: the kid is raw. He has oodles of talent, but he lacks the experience that NHL coaches like to lean on... especially in the Stanley Cup Playoffs.

Look for him to lock down a full roster spot with the Leafs in 2020-21 and play a bit role with the team during the playoffs this season.