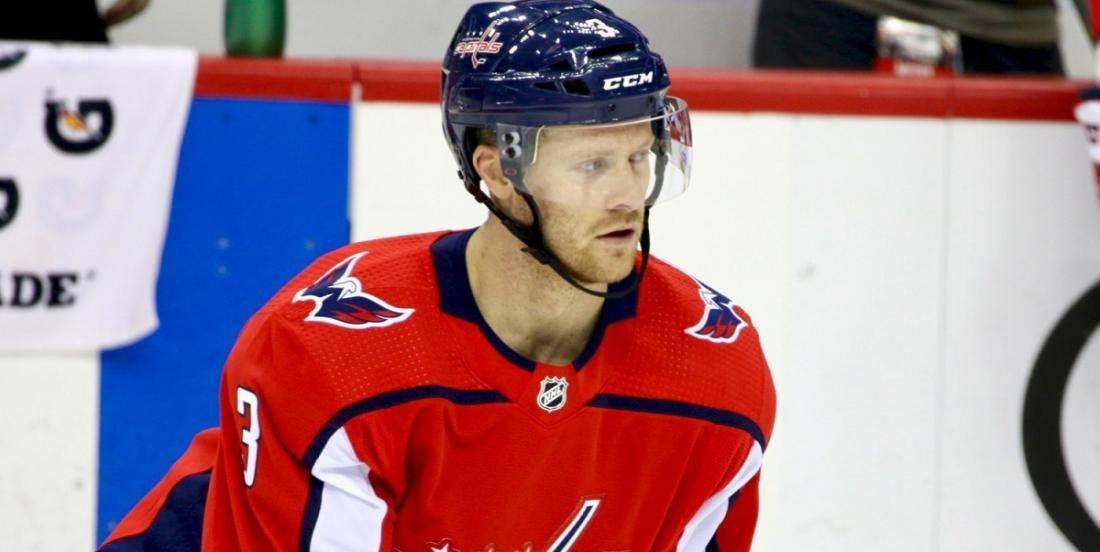 The Washington Capitals have no doubt done the vast majority of their work this offseason already with some shrewd moves on the part of general manager Brian MacLellan but the general consensus is that the team could still use an upgrade to it's bottom 6, specifically on the third line, and unfortunately with just over $1 million in projected cap space they've got very little room to work with.

In a recent article J.J. Regan of NBC Sports Washington laid out a number of scenarios in which the Capitals could make that improvement, including a few interesting trade possibilities. Now to be clear here Regan appears to indicate that he believes the most likely move will be the promotion of 23 year old Daniel Sprong to a more regular role, but he also added that there were 3 particular trade scenarios that could work out here for the Capitals.

Regan suggests that the player most likely to be on the move in the event of a trade to be Capitals defenseman Nick Jensen. Jensen is currently entering the second year of a four year deal that comes in at an average annual value of $2.5 million per season, and with a number of options on the right side of the defense for Washington is potentially expendable if it means improving the third line in the process. So where could Jensen end up if he is indeed dealt?

The first option proposed is the Calgary Flames. The Flames could currently use an upgrade on the right side of their defense and with only $1 million in projected cap space and restricted free agent defenseman Oliver Kylington still unsigned they have very little room to maneuver with as well. Regan believes the Capitals would love to get their hands on a player like Sam Bennett however he admits that the Flames are unlikely to part with him after his most recent playoff performance.

The other two options are considerably less sexy as they would both be salary dumps, and those options are the New Jersey Devils and the Detroit Red Wings. Jensen of course was drafted by the Red Wings in 2009 when he was selected in the 5th round (150th overall) of that draft, but that doesn't mean that he would be welcomed back with open arms. Although both the Red Wings and the Devils could use the depth on their blue line, both of those teams also realize that they can extract additional assets from teams looking to get rid of salary in the current climate of the National Hockey League. This would therefore make a deal of this nature considerably more expensive for the Capitals, likely resulting in them having to give up a draft pick, or picks to make it happen.

It would be an expensive route to take, however freeing up the additional cap space could allow the Capitals to target players like former Penguins forward Conor Sheary and former Red Wings forward Andreas Athanasiou, both of whom have shown an ability to score at the NHL level and both of whom are still available on the open market. You could potentially even add former Ottawa Senators forward Anthony Duclair to that list, although his contract demands may exceed what the Capitals could afford even with a trade.