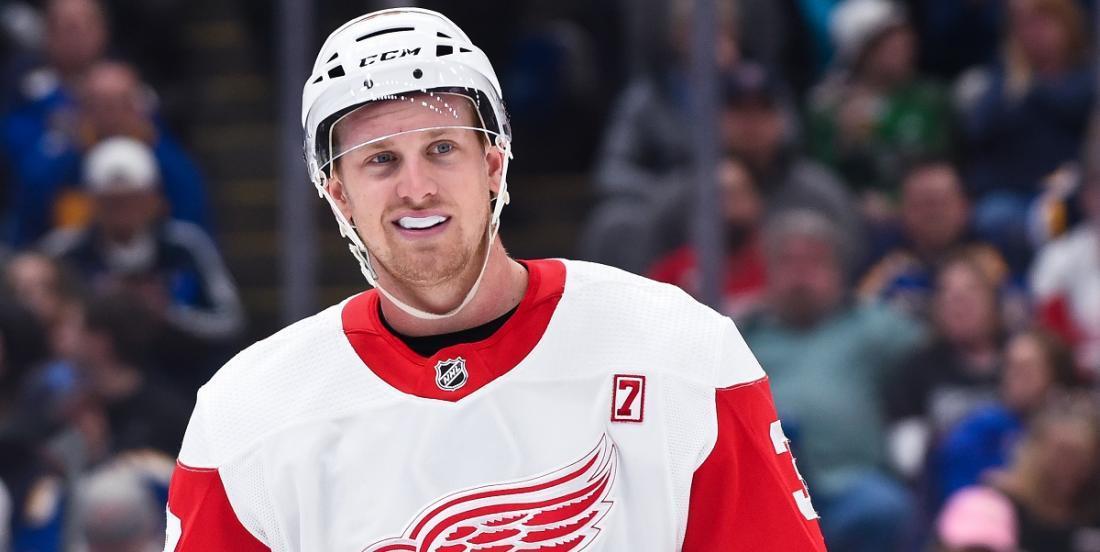 Could Mantha leave the Wings?

A veteran National Hockey League analyst believes that an offer sheet could be coming for Detroit Red Wings forward Anthony Mantha and he believes that Montreal Canadiens general manager Marc Bergevin could be the one to do it.

Jean Charles Lajoie of TVA Sports, the NHL's French language partner in Canada, recently took a look at the possibility of Bergevin producing another offer sheet like the one he offered Carolina Hurricanes forward Sebastian Aho last summer and although Lajoie took a look at a number of pending restricted free agents, he believes that Mantha is the player that would be at the top of the list for Bergevin and the Montreal Canadiens. The Canadiens have a need at right wing and a player of Mantha's size and ability would be highly coveted by a Habs team that has lacked in physicality at times in recent seasons. Add to that the fact that Mantha was born in Quebec, making him an extremely marketable player for the Canadiens, and its easy to see why the Canadiens would want a player like Mantha on their roster.

What is not so obvious however is why Mantha would consider signing an offer sheet to play in a city where he would be infinitely more scrutinized and would face considerably more pressure from both the English and the French media, not to mention from the rabid Canadiens fan base as well. Lajoie however cited problems between Mantha and the Red Wings organization as a potential catalyst for Mantha's willingness to look elsewhere as a free agent.

"One of the worst kept secrets in hockey is that the relationship between Mantha and the Red Wings, specifically head coach Jeff Blashill, is for lack of a better word tumultuous," said Lajoie.

Lajoie goes on to say that he believes Mantha's camp would be open to signing an offer sheet for this very reason and adds that if the offer were a a good one it would only serve to make things all the more enticing for Mantha. It must be said that in spite of Lajoie's belief that Mantha would be willing to sign, the Canadiens would need to make him a substantial offer given the cap space that the Red Wings will have available in the offseason, cap space that would make it easy for them to match just about any offer from the Habs if they wished to do so.