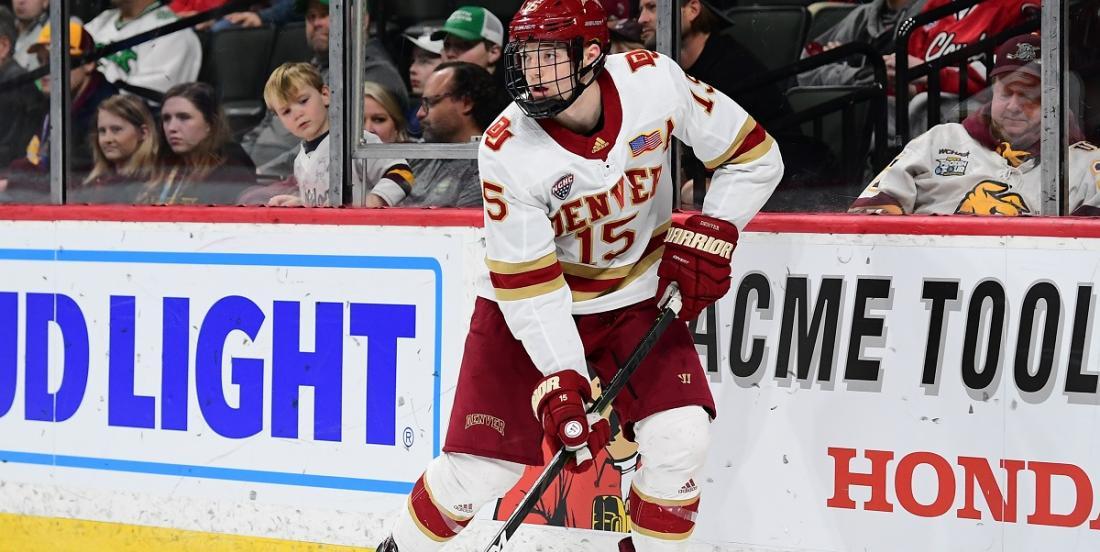 The Chicago Blackhawks have reportedly added another weapon to their arsenal.

Although there has been no official announcement from the Blackhawks organization, Chicago Blackhawks insider Scott Powers of The Athletic is now reporting that the Blackhawks have indeed secured a commitment from defenseman Ian Mitchell moving forward. Mitchell was an important prospect in the Blackhawks system, the 21 year old blue liner was selected in the second round (57th overall) of the 2017 National Hockey League Entry Draft and has been playing at the collegiate level ever since.

Mitchell has spent the last 3 seasons of his life playing for the University of Denver and was likely set to play another season at that school but has instead decided to make the jump to the NHL. The Blackhawks had been attempting to secure a commitment from Mitchell and it sounds like he will begin his three year entry level contract as soon as is possible. Obviously given the current global situation it seems likely that the timeline of that contract kicking in may fluctuate, but according to powers Mitchell will begin his deal as soon as possible, regardless of whether or not that is in a salvaged 2019 - 2020 NHL season or next season, the 2020 - 2021 NHL regular season.

Chicago Blackhawks general manager Stan Bowman had nothing but high praise for Mitchell when discussing the young man's performance and talents earlier this season.

“He’s such a good skater, very involved in the play,” Bowman said as per The Athletic. “He does a little bit of everything for (Denver) as their captain. I think it bodes well how he’s going to transition to the NHL. I think his game lines up exactly how we want to play.”

Mitchell is coming off of what was arguably his best season with the University of Denver, one in which he captained the team. Mitchell appeared in 36 games for the Denver Pioneers and over that stretch he recorded 10 goals and 22 assists for a combined 32 points from the blue line. Additionally Mitchell collected 16 penalty minutes and finished the campaign with a plus minus rating of +7 on the season. Only time will tell if he can translate those skills to the NHL.