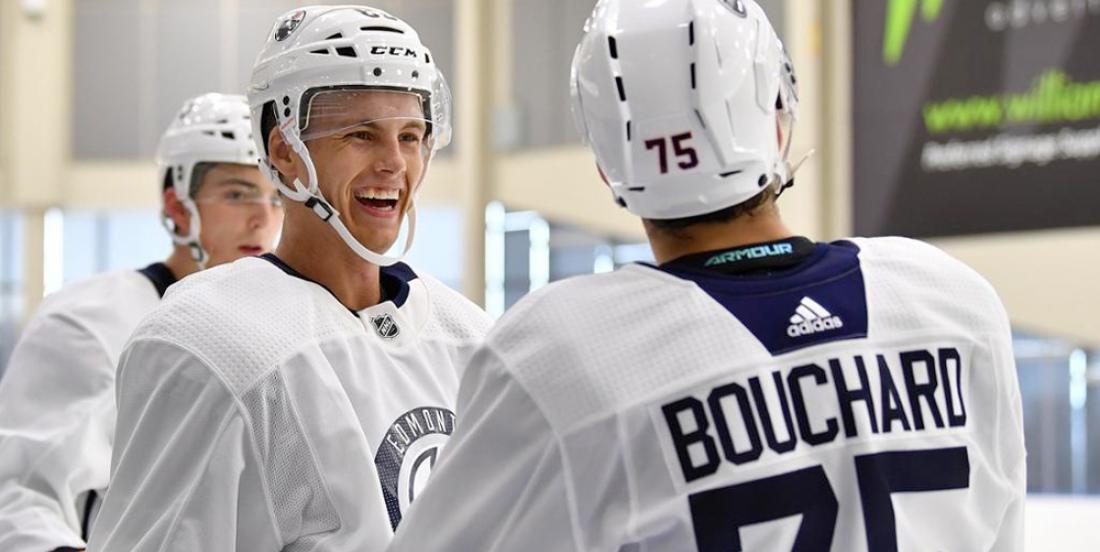 The 2019 first round pick rockets up the depth chart in Edmonton.

Edmonton Oilers fans have some tantalizing blue line talent to look forward to in the future after essentially relying on castoffs like Andrej Sekera, Kris Russell and the like the past few years. Sure, the Oilers have developed guys like Oscar Klefbom and Darnell Nurse in recent years, but they’ve lacked a true #1 blue chip defenseman in the system.

Well… now they may have two.

Oilers fans are already excited at the prospect of adding 20 year old former 1st round pick Evan Bouchard to their lineup, but the team’s newest, shiniest 1st round pick Philip Broberg might even be more intriguing.

According to multiple reports from Sportsnet Oilers insider Mark Spector, Broberg has surpassed Bouchard on the team’s depth chart and could earn himself a roster spot with the Oilers face off against the Chicago Blackhawks early next month in the NHL’s Return to Play.

In fact, Oilers general manager Ken Holland has confirmed that Broberg will be part of the Oilers’ roster and will not be available to his Swedish team.

Ken Holland on Philip Broberg: He was supposed to go home to Sweden this weekend, in time for his club’s training camp.

Plans have changed, with Mike Green opting out, and Broberg’s stellar play.

“I have informed Skelleftea that we will take him into the hub with us.”

Bouchard is likely to stick with the team as well, but Spector feels that Broberg has the inside track on suiting up.

From Spector’s most recent article for Sportsnet:

Broberg scored twice in Saturday’s post-practice scrimmage, one an end to end rush and the other a slick one-timer off a James Neal feed. He has gone from being Edmonton’s 11th defenceman to (at worst) No. 8, passing  William Lagesson and Evan Bouchard on the depth chart. He may even have leapfrogged Jones, though we’ll give Jones some time to get his game back.

He has already passed Bouchard on the Oilers depth chart. Meanwhile Broberg’s landlord — the quiet, stay-at-home Larsson — knows that he may yet be part of an Oilers blue line that dresses three Swedes among its starting six.

One thing's for sure though... having two top-tier defensive prospects is a good problem to have for Holland the the Oilers.