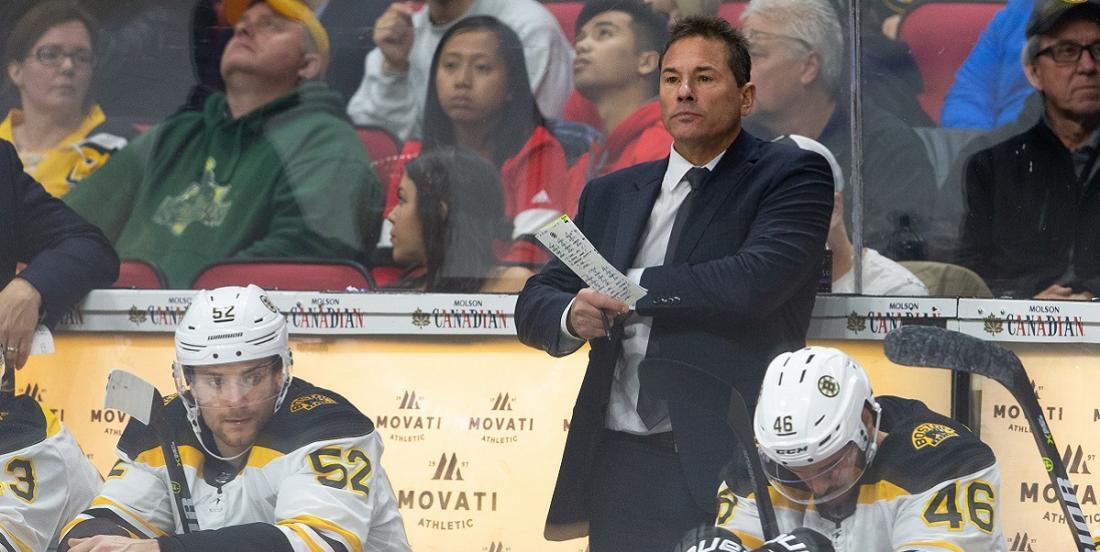 I have previously characterized the Boston Bruins offseason as "quiet" but I think we are getting to the stage of things now where I can say that thus far Bruins general manager Don Sweeney has underwhelmed, especially for a team that is expected to be a perennial Stanley Cup contender.

The biggest shift to the Bruins roster this far in the offseason has been the loss of defenseman Torey Krug on the blue line. Letting him reach free agency is a decision on the part of the Bruins that led to the St. Louis Blues quickly scooping him up in an effort to replace the departing Alex Pietrangelo. Now the Bruins have a hole, a rather big one considering Krug's ability to generate offense, that they need to fill on the blue line, something that head coach Bruce Cassidy acknowledged this week.

"Obviously with our blue line a little bit in flux right now, we want to wait and see who is going to be in training camp and go from there," said Cassidy on Thursday. "Those are a couple of things I’ve looked at a little closer. Power play now and who is going to replace Torey Krug? We’ve got Matt Grzelcyk who has done a good job in the past and we’ve got Charlie McAvoy that could slide in there. And who knows if we make another move, right?"

In a recent article for Boston Hockey Now, Bruins insider Joe Haggerty suggested that this may have been Cassidy's attempt at pushing for another move from his general manager. From Haggerty:

It sounds like Cassidy is advocating for the Boston Bruins front office to find another Ekman-Larsson-type ahead of the regular season, but that isn’t going to be easy given Boston’s cap situation and the flat salary cap around the league.

Now this is pure speculation on my part but the fact that forward Jake DeBrusk, who is currently a restricted free agent, remains unsigned this late into the process may suggest that the Bruins are working on exactly that type of move. DeBrusk's name has come up frequently in trade rumors but thus far he has remained in Boston. He would however be the kind of trading chip you would want at your disposal if you were looking to make a trade to acquire a defenseman.

Haggerty goes on to suggest that the Bruins could revisit the rumored Oliver Ekman-Larsson deal that never materialized during the course of the 2021 regular season, but to be honest I don't see a world in which a contract that big can be moved mid-season under the NHL's current salary cap constraints. If the Bruins are to improve on their blue line I think a trade, which Cassidy seems to be hoping for, involving a much smaller salary is likely the best option.