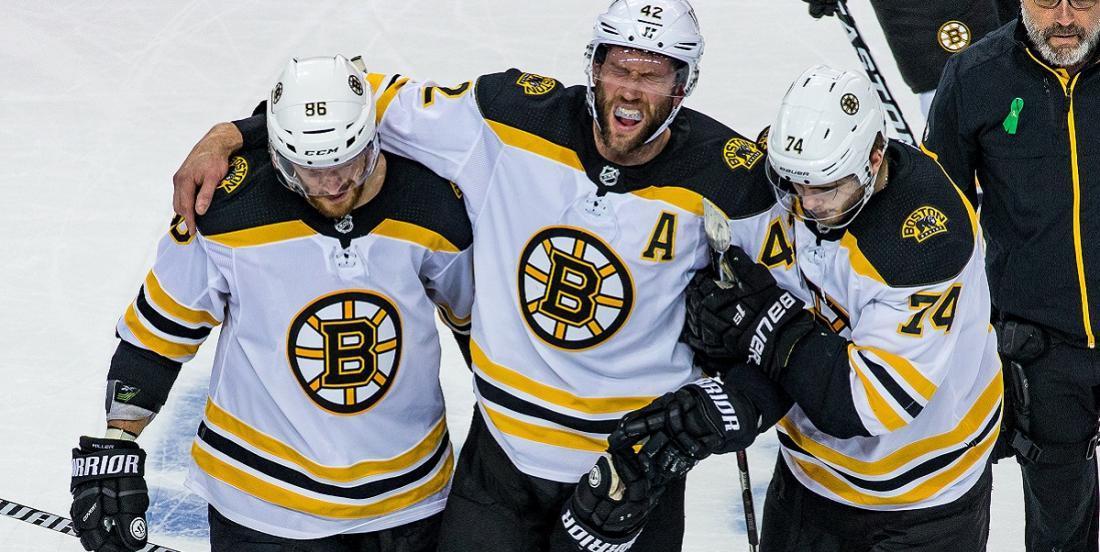 The Boston Bruins shocked many around the National Hockey League on Friday when they placed veteran forward David Backes on waivers for the purpose of demoting him to the American Hockey League this week, but that story may still have more surprises to deliver.

As Bruins fans will already know the waiver process was completed on Saturday at noon and, to absolutely no one's surprise, no team in the National Hockey League stepped up to claim Backes and his salary cap hit of $6 million off of the waiver wire. The reality of the situation is simply that the former NHL captain no longer brings enough value to the ice to justify his massive salary and even that may be an understatement. The Bruins are already on the hook for his salary cap hit so they might as well use him, but more and more as of late Bruins head coach Bruce Cassidy has seen fit to leave Backes up in the press box.

It is no doubt a low point in the career of the veteran NHL forward and now it appears as though he will have to report to the American Hockey League in order to continue collecting his salary. The Bruins will save just $1 million of Backes $6 million salary cap hit by sending him down to Providence to join the baby Bruins, but it seems that general manager Don Sweeney believes that even that little cap savings justifies the decision to send down a player that the Bruins have frankly not been utilizing. There are already reports that Backes could be facing a buyout of his contract at the end of this current season, however there is now reason to suspect that things may not even get that far.

According to comments made by Boston Bruins insider Joe Haggerty, it sounds like there may be some serious doubt regarding whether or not Backes will even be willing to report to the American Hockey League following the NHL's All Star break. From Haggerty:

Refusing to report could result in the immediate termination of his contract, a situation that could end up resembling the one that the Los Angeles Kings went through with Ilya Kovalchuk. It will be very interesting to see what happens to Backes if he does indeed choose to go in that direction.